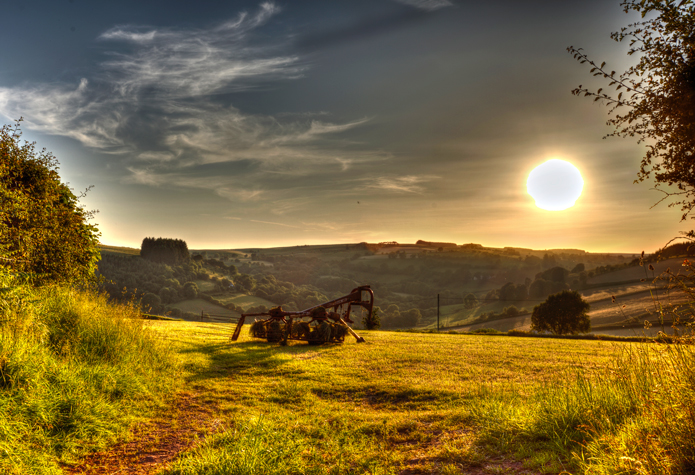 There is an intrinsic romance about farming. Perhaps it’s a long-lost urge to follow in the footsteps of our hunter-gatherer ancestors, but most people love the idea of producing their own food.

This BBC cashed in on this instinct in the ‘70s when The Good Life poked fun at the hapless Richard Briers and Felicity Kendall as they struggled to farm in Surbiton. Even today one has only to look at the plethora of gardening and rural property programmes to see the same dreams are just as popular.

Such dreams have only been bolstered by the surge of interest in quality ingredients and recent food scandals, but most people do little more than grow a few vegetables, bake bread or make chutney. A few go further and buy a rural idyll with dreams of producing their own food, but of course there are huge variations in the degree to which such wannabe farmers take things. Some restrict themselves to a vegetable garden and greenhouse, but a few go further, adding poultry and perhaps a pig, goat or a couple of sheep. 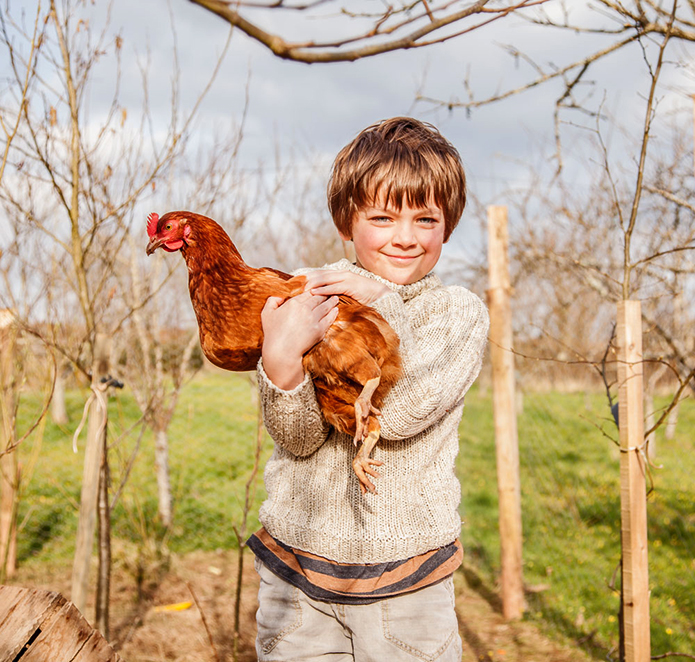 It is, of course, possible to go all the way and to try to follow the advice of the ‘guru of self-sufficiency’, John Seymour who inspired a generation of Tom and Barbara Goods with his best-selling books. Not content with instructions on how to milk a cow and slaughter a pig, he advocated horse-drawn ploughing to grow wheat. Naturally this was to be stoneground in a restored water mill to produce one’s own organic bread (and obviously baked in a wood-fired oven).

Going this far is extremely hard work. Also, Britain’s fickle climate means such steps inevitably involve serious self-sacrifice (olive oil, decent red wine and rice become things of the past). But provided one is not too much of a purist, producing at least some of one’s own food and living a simpler, less energy-intense, existence can be hugely life-enhancing and rewarding: the perfect antidote to stress-laden urban life. Listening to the birds sing as you hoe the vegetables or prune the soft fruit lifts the soul and there is immense pleasure to be had as you tend the compost bin and discover the micro-Serengeti that surrounds us all. 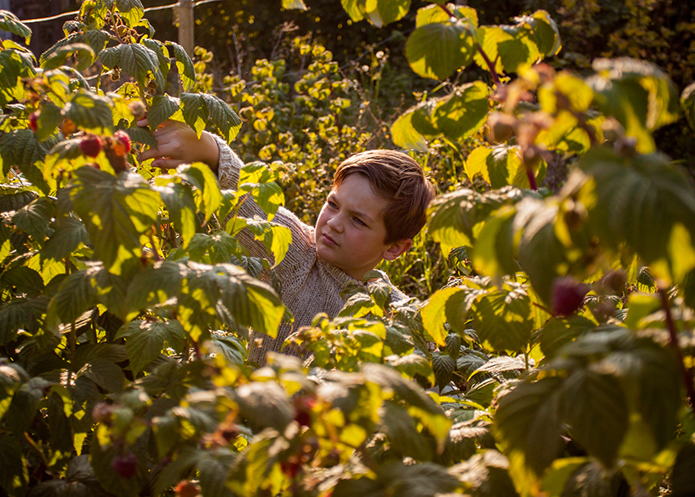 But there are more tangible benefits than this ‘new age hippidom’. There are very tangible benefits. Growing or rearing food is hard work – you will get fit and tanned and breathe in gallons of fresh air. Meanwhile, the quality of your food – and your enjoyment from cooking – will soar. However much you trust your grocer or butcher and whatever faith you have in the latest industry labelling initiative, it is impossible to know exactly what you are eating. 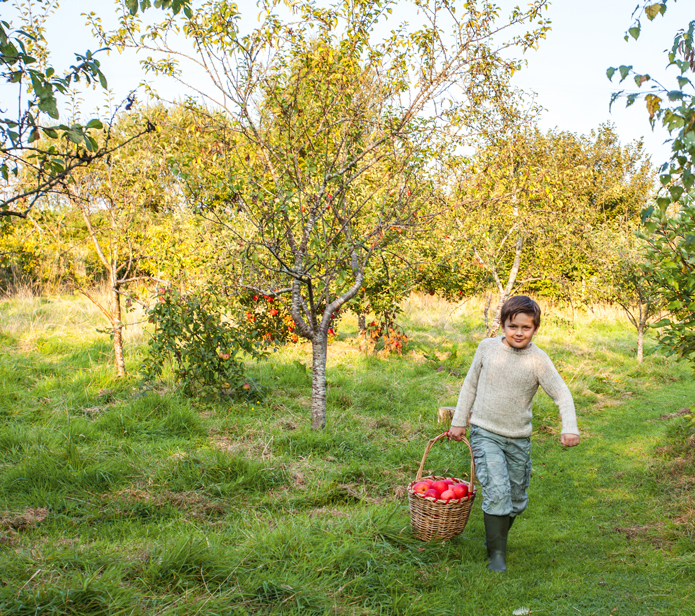 Even washed vegetables retain traces of pesticides and fertilisers, for example, while the commercial definition of ‘free range’ is far removed from any straw-filled farmyard. But if you grow your own beans you know they have never been sprayed and if you allow your chickens to roam around the garden, you know they have had far more than the industry minimum of 0.06m2 per bird. 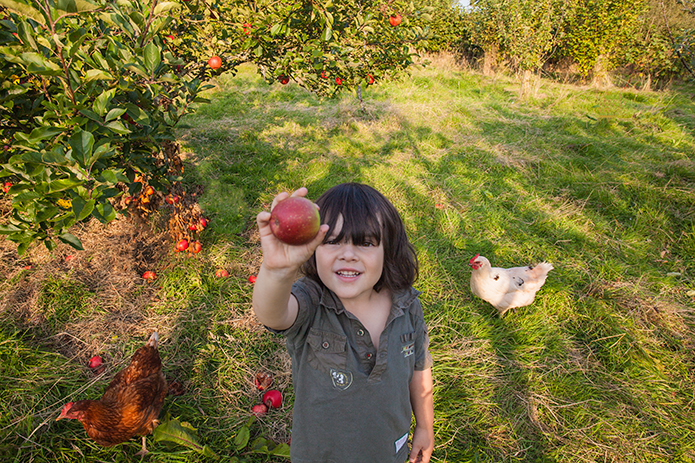 And I speak from personal experience. Twenty years ago we exchanged a two-bedroom Islington flat for a four-bedroom farmhouse, with two huge barns, duck pond and 13 acres of Welsh mountain.

On the positive side, rural communities really are ‘tight-knit’. In London I didn’t know what my neighbours looked like let alone their names: I was too busy rushing out of the flat to sit on a bus for nearly an hour to get to an office six miles away. Within moments of moving to Radnorshire it seemed we were on first-name terms with everyone. We had time to stop to chat and positively enjoyed the school run and the banter at the gate. The children went to school with our neighbours’ kids and relatives. If we needed anything local farmers were happy to give advice, lend equipment or even volunteer a couple of hours of unpaid labour. I also witnessed the true meaning of the word recycling. Welsh farmers are nothing if not innovative and I have now literally seen a car radiator repaired with chewing gum and a lorry being pulled out of a ditch with a bailer twine tow rope. 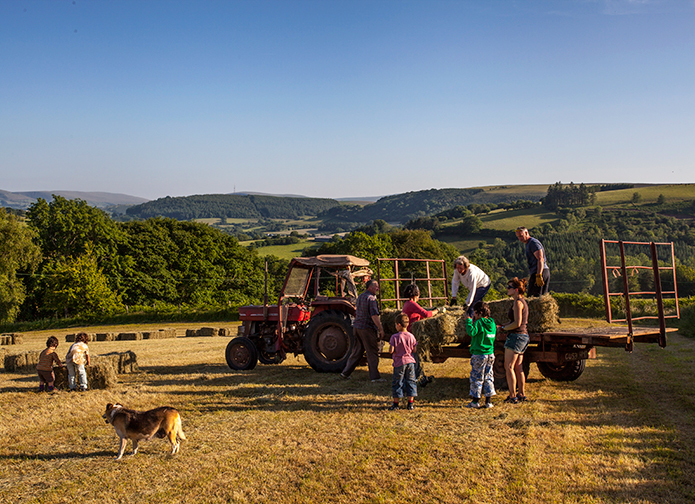 The last two decades have also debunked a few rural myths. Most farmers don’t get up with lark – and even fewer would be able to tell one from a meadow pipit. ‘Real’ farmers (as opposed to people like us) earn more money filling out subsidy forms than they get from the livestock market.

The friendliness of the community also has its downsides. Ironically there is far more privacy in the anonymity of a crowded city street than on a mountain where the nearest dwelling is quarter of a mile away. When you know everyone by name, it is impossible to pop quickly to the village shop for a pint of milk without seeming rude and it is a terrible place for gossip. Indeed, one friend put this to the test in the pub by whispering loudly that he was thinking of buying a cow: a week later he discovered he had installed a herd of 100 dairy water buffalos. 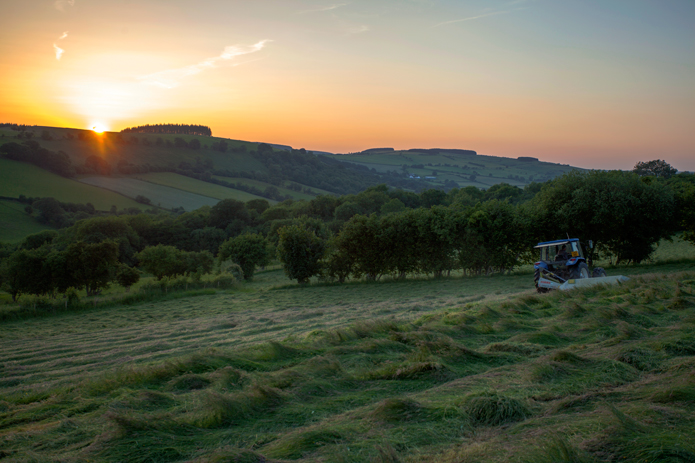 The biggest lessons, however, have concerned self-awareness – or rather my lack of it. Every year we plant far too many seeds, far too many varieties – and always far too early. We fill our 42-egg incubator with anything fertile and we buy too many orphan lambs to bottle feed. The inevitable result is that all the plants wither in the late frosts you should expect 1100 feet up a Welsh mountain. So we always have to start from scratch in late May. Meanwhile the livestock quickly begins to eat us out of house and home (in some cases literally – last year I caught a sheep chewing the sofa). Also, half the bantams that hatch will be cockerels – they will never lay an egg, but it takes three months before they can be reliably sexed – by which time it takes a hard heart to do the necessary. The one lesson I really have learned, however, is to ask for help when sheep break in (or out) of our fields. Fencing is a definite skill and it is one I shall never master. 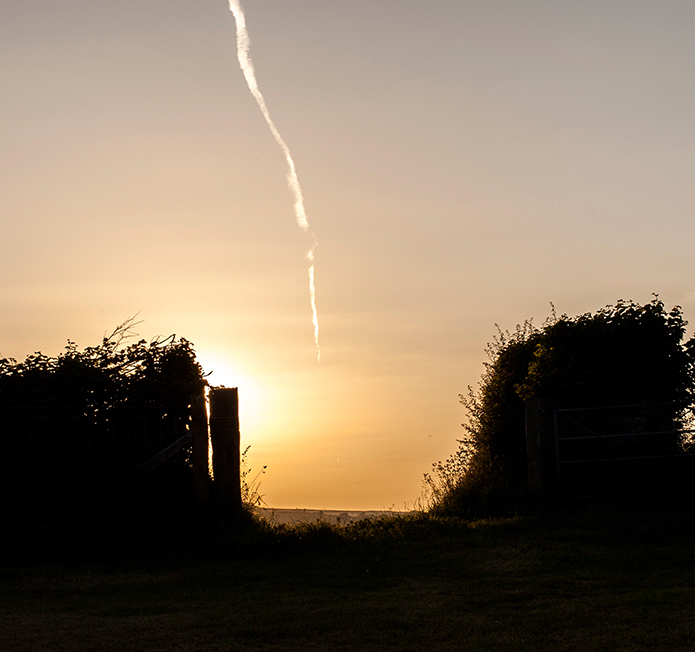 It has been a long learning curve and we have made most mistakes possible. And we will make most of them again, but neither of us would swap back to the urban rat race and a total reliance on the supermarket shelf.

Daniel Butler is an environmental writer and the author of Urban Dreams, Rural Realities. He and his wife, Helen, rear their own sheep, pigs and poultry and grow most of their own vegetables on their smallholding in Mid-Wales.