An overview of the work of Søren Rose Kjær and the Søren Rose Studio.

Søren Rose Kjær has made quite an impact in Danish design since establishing the eponymously named Søren Rose Studio in 2008. With his Danish blue eyes and trademark fedora, Kjær cuts both an imposing and self-possessed figure. A designer & serial entrepreneur, Kjær founded and co-founded several media-style companies prior to establishing his Søren Rose Studio: ‘In2media’ is a full service digital agency and one of Denmark’s leading media agencies; ‘Castit’ is an online casting agency that provides models for many Danish commercials; ‘Trunk Archive’ is a licensing agency that represents the most engaging and sought after image makers. 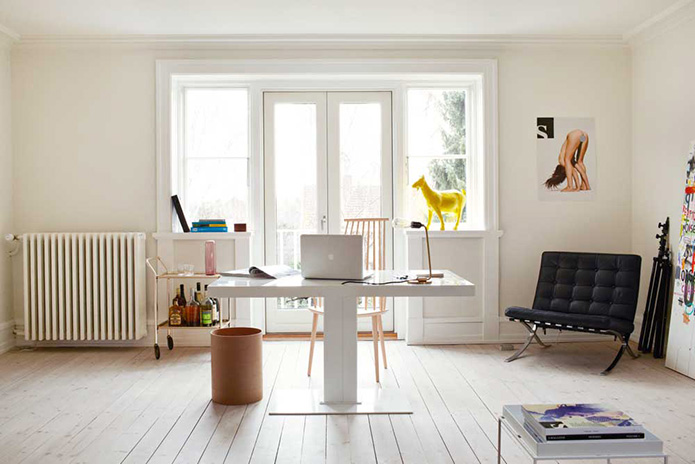 For Søren Rose Kjær, running his own design studio was a lifetime ambition. As Creative Director in those aforementioned companies, Kjær had learned much about the everyday formalities of handling a business. Designing the Milk table in 2007 (manufactured by Danish furniture maker Holmris), was Kjær’s impetus for creating Søren Rose Studio. Kjær has commented that he designed Milk for himself and that he views design as a personal thing. His chief measurement regarding design is where he asks himself the question: “do I really want this?” 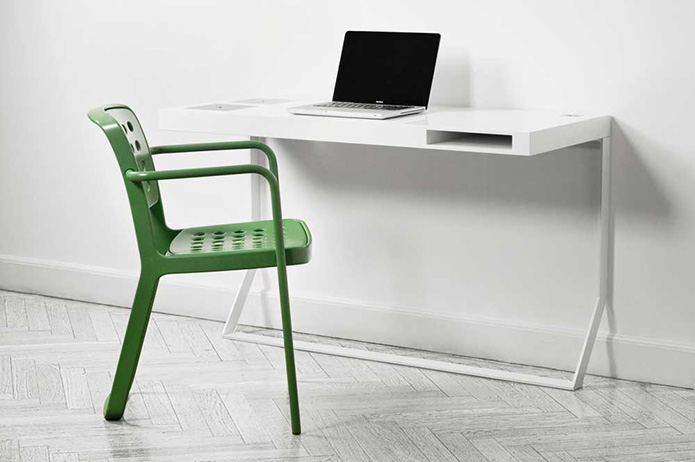 The multidisciplinary Søren Rose Studio has based its home in both New York City (TriBeCa) and Copenhagen. The studio has the capacity to provide product design, manufacturing, architectural services and interior design. Kjær’s vision is a democratic one and thus the studio has a flat structure where all ideas are considered. If a junior designer’s idea is the best on the table, it will be taken forward. For Kjær and Søren Rose Studio holistically, materials that ensure quality, longevity and sustainability, alongside craftsmanship that is both innovative and traditional, are highly prized commodities. The studio tends to merge Nordic clarity of expression and authenticity in design with a contemporary edge. 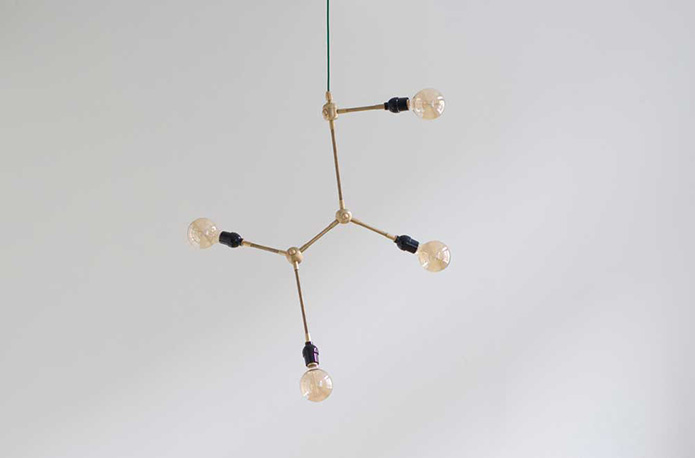 One example of this can be seen in Søren Rose Studio’s partnership with Portuguese company De La Espada, a design management firm and manufacturer. Its furniture outputs are typically aesthetic, confident, functional and enduring pieces, each having a contemporary narrative. Søren Rose Studio created the Park Avenue Collection with De La Espada. Pieces include the High Gramercy Chair, Dragon Chair, Cooper Coffee Table/ Side Table and Drum Lamp. 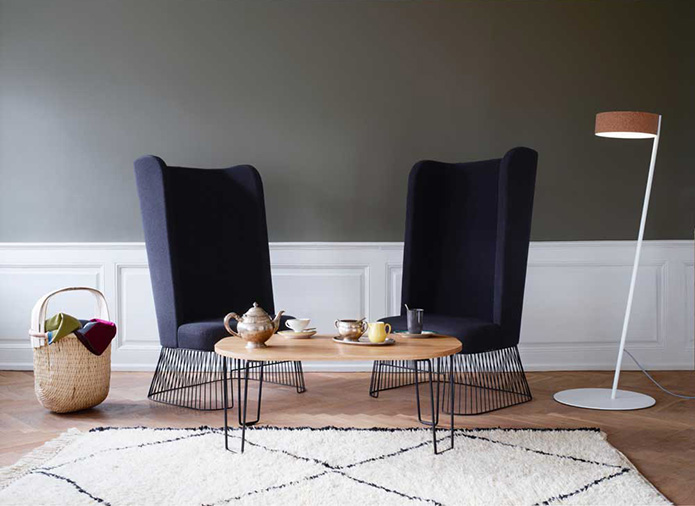 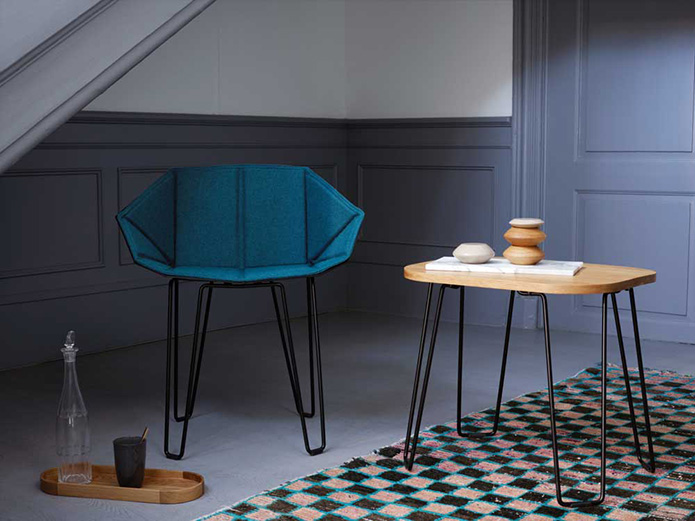 An interview with Søren Rose Kjær in Chilean blog Alaisk Murasaki provides a number of interesting insights to Søren Rose Studio’s philosophy. When considering product development, the studio will often reimagine the utility or aesthetic of an object. For example, they might add new features or work to improve the manufacturing process. In one particularly symbolic remark, Kjær comments that “we see the shadow of our ancestral designs.” He references the influence and continued impact on the design world of luminaries such as Arne Jacobsen, Poul Kjærholm, Dieter Rams and Mies Van Der Rohe. In the interview piece, Kjær believes that whilst designers should create new products, consumers then have a responsibility to buy them. He is pro investment in classic design but challenges: “when was the last time [readers] bought a design from an emerging designer?” 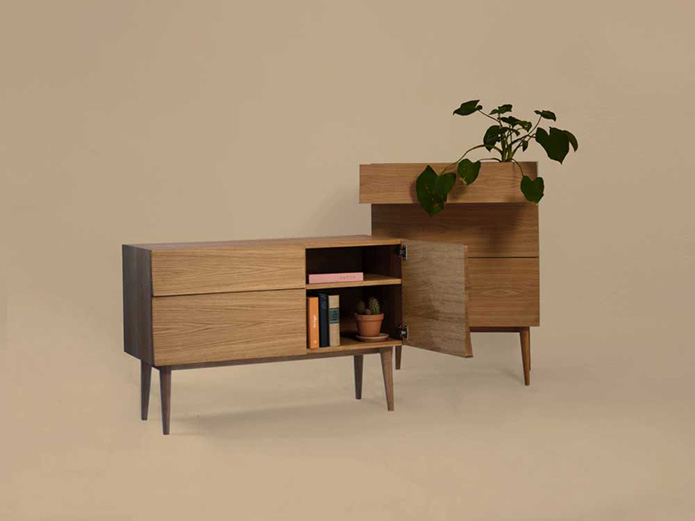 Søren Rose Studio’s designs are imbued with a strong sense of personality. Kjær believes in products being “a feeling and a statement rather than a brief trend.” (Source: Muuto). Søren Rose Studio’s pieces for the ‘New Nordic’ brand Muuto include the Reflect drawer and sideboard. These designs were inspired by Scandinavia’s natural light, with curved drawers contributing to a play between light reflections and shadow. The designs are also a gesture towards the masters of classic Scandinavian furniture making.

Refreshingly, the studio’s products eschew any sense of grandeur, yet are often viewed as focal points within an interior space. They have an integrity, an honest quality that encourages individuals to use the product in a natural manner. Examples of this include: 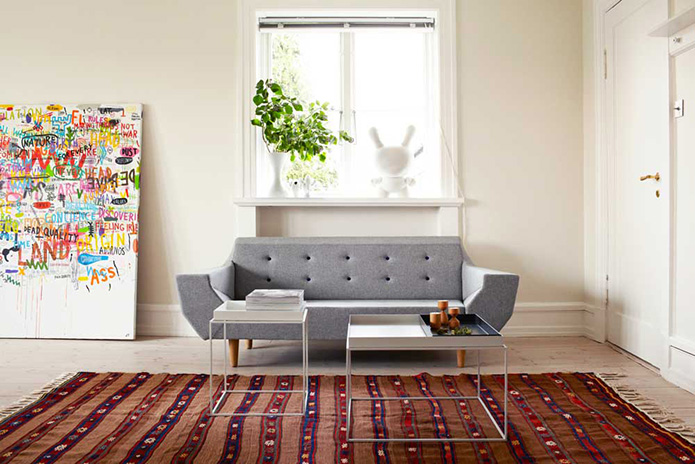 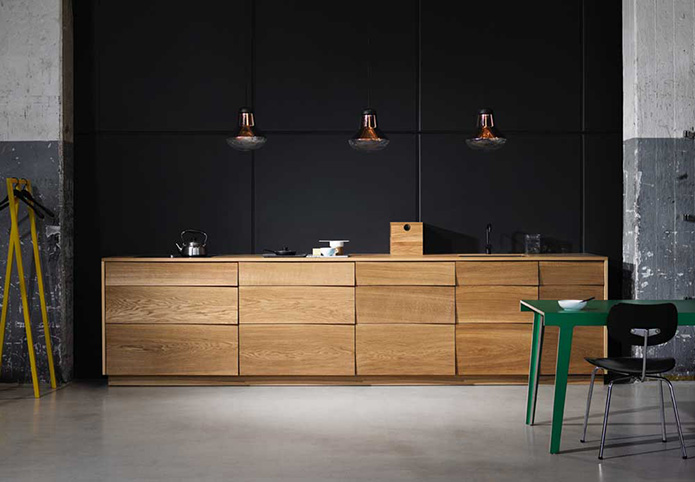 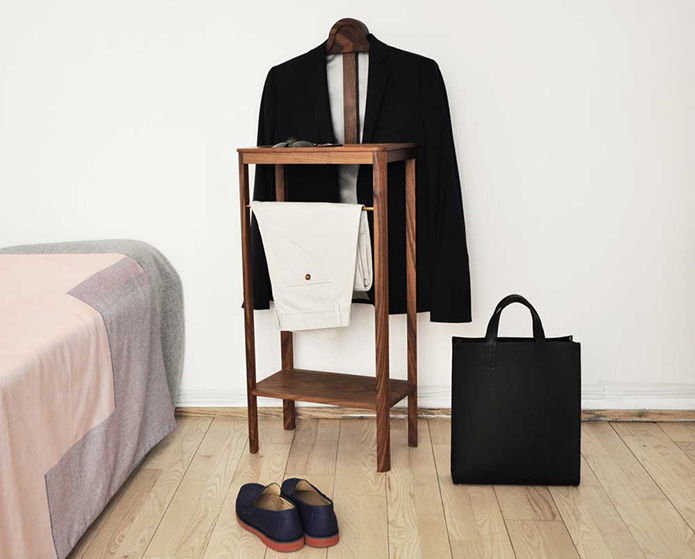 Søren Rose Studio prizes both ingenuity, a sense of adventure and an element of surprise. More in keeping with Søren Rose Kjær’s trademark fedora, his studio has collaborated with a New York City hat maker called ‘Still Life’ to design a line of hats. Each fedora features a leather band with a laser-imprinted logo. The design is an amalgamation of lower Manhattan’s edgy vibe with Copenhagen’s clean living. In another surprising pursuit, the studio is presently working on a project that involves a 1974 AirStream Overlander (a classic American trailer). The aim of this project is to create a trailer whose exterior will be preserved while its interior is entirely overhauled. The concept is an RV that is “100% American on the outside and 100% Nordic on the inside.” Søren Rose Kjær likes to call it “a Scandinavian interpretation of the American mobile home.” (Source: Rose Airstream). The interior will include a wood floor from the 115 year old Danish company, Dinesen, and cutlery from Kay Bojesen. 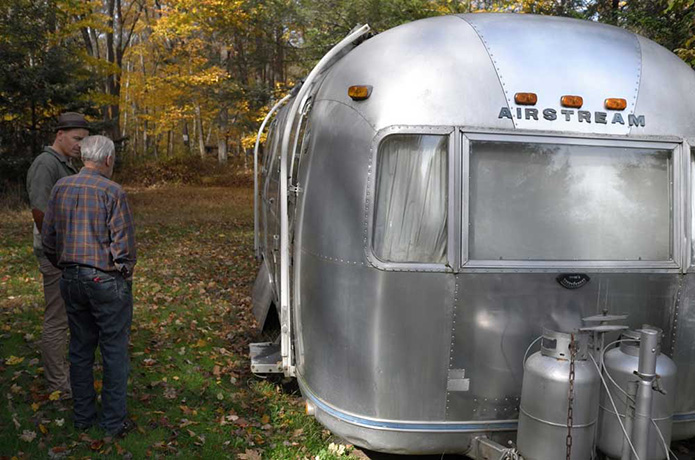 The Rose Airstream project showcases Søren Rose Studio’s increasing understanding of interior design and its wealth of potential. The studio has been involved with several high-end interiors ventures that include: 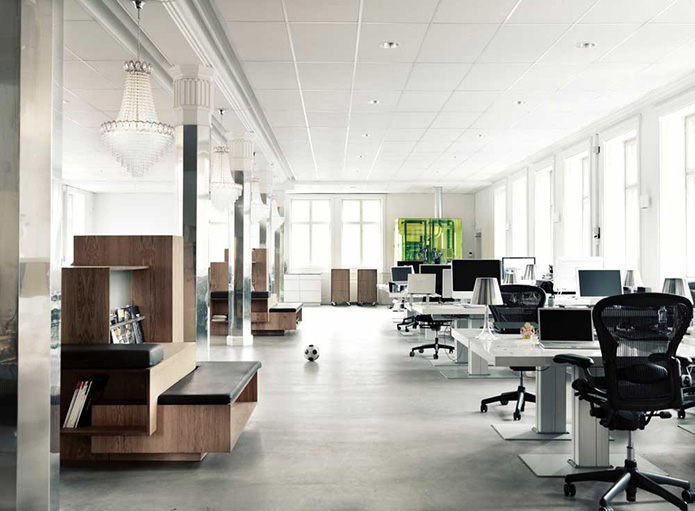 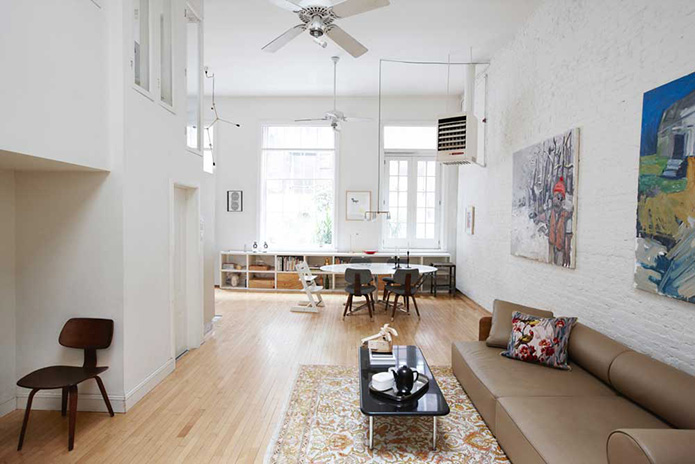 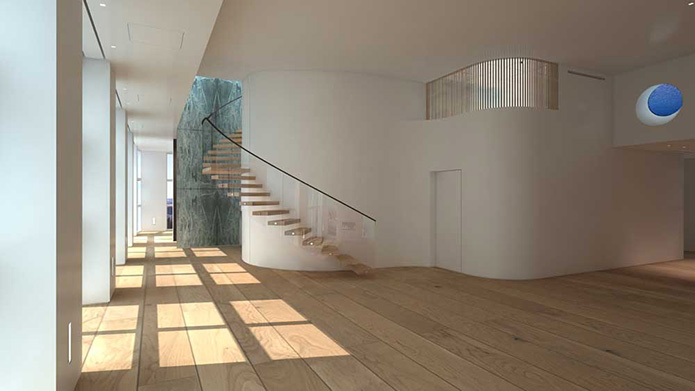 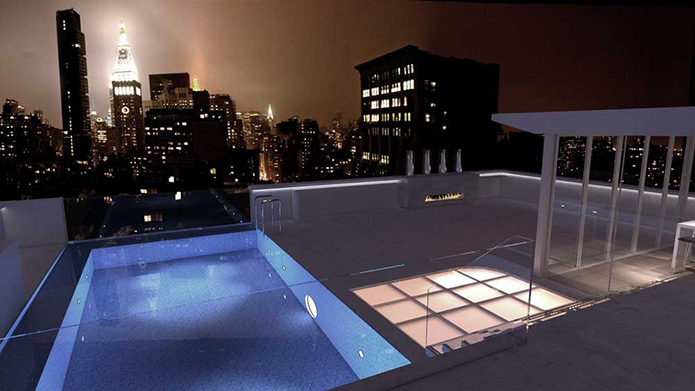 The studio is currently putting the finishing touches to a 6000 sq ft Gramercy residence, a two-floor Park Avenue penthouse with a stunning rooftop terrace. The project, which began work in 2008, is intended to be a “marriage between traditional Scandinavian design and contemporary New York.” (Source: Søren Rose Studio) Søren Rose Studio have designed everything from how the space is structured to the custom door furniture. This apartment inspired the studio’s Park Avenue Collection. 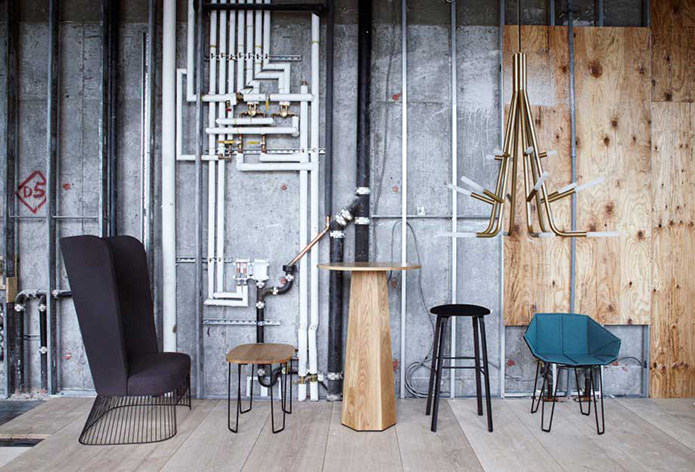 Perhaps most thrilling about Søren Rose Studio is its innate capacity to bring a sense of Nordic design and styling to its work. This is not a trend-led endeavour, but rather a natural expression of Søren Rose Kjær’s love of good design and his willingness to innovate, express and have fun.