Exploring Swedish design in the context of broader Nordic design. 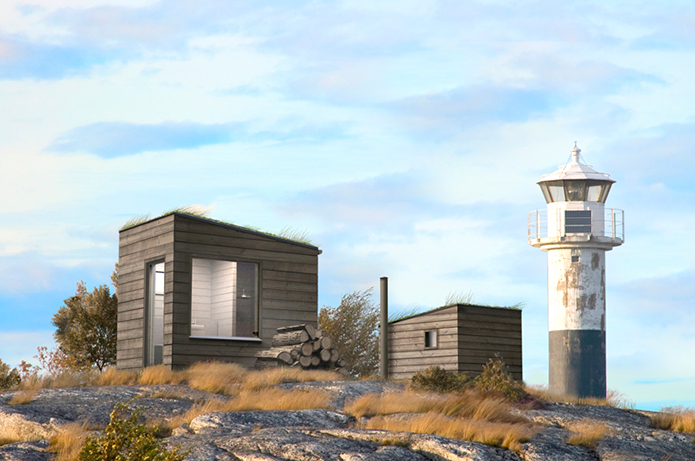 When attempting to define Swedish design it inevitably becomes enmeshed with the broader notion of Scandinavian design. Added to this is the fact that Scandinavian design is often confused with Nordic design. Yet Scandinavia encompasses Denmark, Norway and Sweden. The Nordic countries are Denmark, Norway, Sweden, Finland and Iceland. As such this writer prefers to think about Nordic design as being truly representative of both the region and the genre. Swedish design is a significant part of Nordic design, yet in many ways it is also disjointed.

Swedish design as a discipline draws from many elements. Nature is a great influencer, where long winters and fewer hours of sunlight inspire bright interiors with clean lines. Light woods are indigenous to the country and are thus widely used in interiors and products. Design has an emphasis on simplicity, elegance and practicality and is rarely ostentatious. In Swedish design, form indeed follows function. 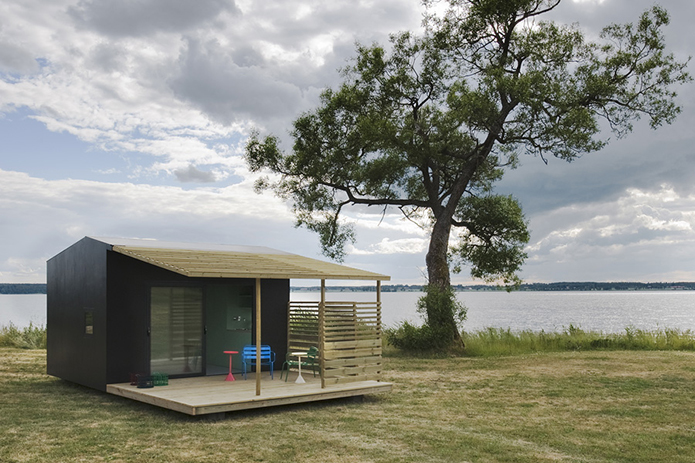 Sweden’s design heritage has been greatly influenced by Carl & Karin Larsson, two Swedish artists born in the 1850s. Their home was “characterized by lightness, informality and comfort… [and their] aesthetic owed a lot to the writings of William Morris, who also espoused a return to simplicity, to handcraft and to natural beauty… qualities [that] helped define the direction of Scandinavian design in the 20th century [and remain] deeply influential today” (Source: Apartment Therapy).

Svenskt Tenn is a Swedish design institution. The company was founded in 1924 by Estrid Ericson. Its store originally opened in 1927 on Strandvägen in Stockholm and has remained in that same location ever since. It was last remodelled in 2010, the architects being careful to retain the charming feel as created by its founder. Estrid Ericson worked extensively with the Austrian architect and designer, Josef Frank. Frank designed much of Svenskt Tenn’s catalogue of furniture and textiles. It was Estrid’s artistry and entrepreneurship, her eye for detail and presentation, her passion, elegance and flair, that helped drive the company forward. Part of the Svenskt Tenn philosophy of design is a focus on mixing materials and objects, with an eye on longevity and quality. Unquestionably, the company’s place and influence in both Swedish and Nordic design practices cannot be underestimated. 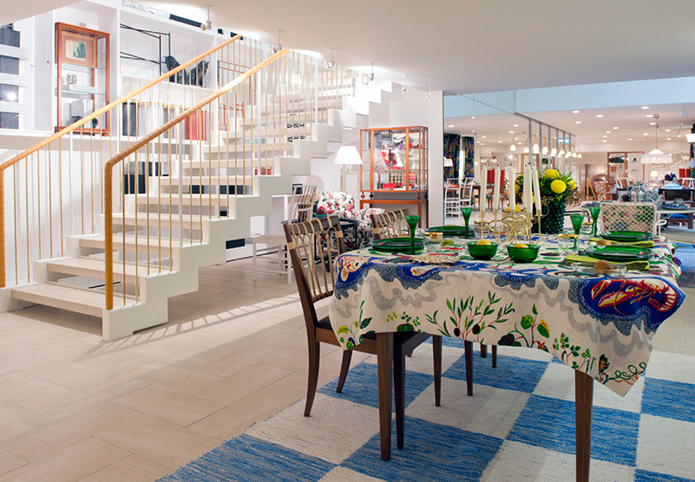 Sweden is known for its strong welfare principles. Its “high-concept design culture is also rooted in the country’s socialist ideology. Swedes have an overarching belief in equality [where] minimalism and practicality are virtues” (Source: The Daily Beast). Modernism and functionalism were distinctly influential in shaping Swedish design as we know it today. The Swedish approach to design is perhaps a more pragmatic one where, for instance, design will bring together both art and craft with technology.

Many people will almost inevitably associate Nordic design with IKEA, the world’s largest home furnisher. They might not immediately connect this global behemoth with Sweden, but that is indeed where it started life in 1943. IKEA’s focus was and is on whole spatial concepts as opposed to individual pieces. Its intention, although debatable, is to make good quality products for extremely low prices. IKEA’s vastness has allowed huge numbers of the population to achieve a minimal aesthetic within their homes. 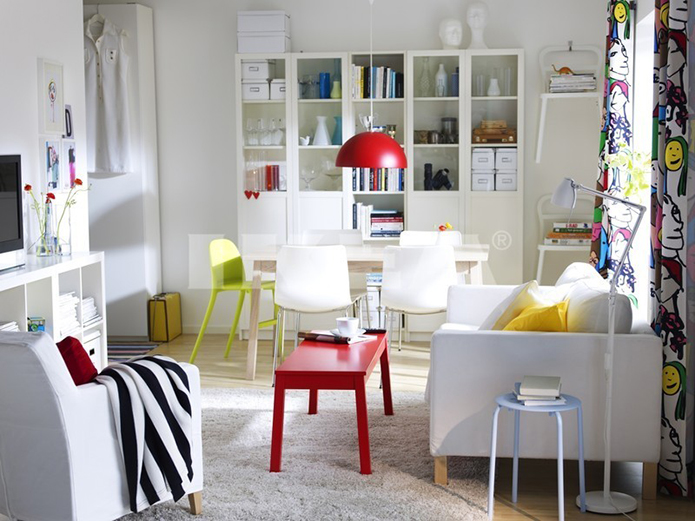 Yet creating a home is not an instantaneous venture. It takes many years to furnish a home and the best home – a proper home – has a history that has developed with the owner(s). Therein is one of the issues that arises with IKEA. Doubtless IKEA has mass appeal, yet its immediacy and availability of everything under one roof can quash the soul of a home. One school of thought is that IKEA might represent a temporary abode, the stepping stone to a better home. Jan Vejsholt, Vice President UK, Ireland & Middle East for Republic of Fritz Hansen feels that “IKEA is doing a great job because it gets people on the journey. They get the contemporary look and will graduate onto something else. That’s also how it works where I come from [in Denmark]” (Source: Walnut Grey Design). And it can certainly be argued that IKEA helps to build an individual’s confidence in understanding and working with design.

Swedish design, when compared with design from other Nordic countries, displays certain similar traits. There are the immensely developed feelings for nature alongside those long, dark, cold winters and sun-filled summers. There is the renowned combination of tradition, skilled craftsmanship and evolved technological processes. Yet Swedish design doesn’t appear to have garnered the same passion, status or admiration enjoyed by Denmark and Finland for example.

There are differences, both subtle and obvious, between Swedish design and the other Nordic nations. Denmark’s heritage of furniture making is strongest of all the Nordic nations. Many famous midcentury designs are Danish, their designers still very much revered today, including Hans J. Wegner, Arne Jacobsen, Finn Juhl and Poul Kjærholm. Danish design is often understated, elegant and functional. Finnish design has roots in native traditions, particularly folk tradition and craft, and continues to balance this today with a clean modern aesthetic. Alvar Alto has had a significant influence on the development of modern Finnish design, his celebrated vase with its organic form still handcrafted by iittala; his acclaimed and iconic Stool 60 turning 80 this year. And Finland is also famous for the Moomins, living as they do in Moominvalley. 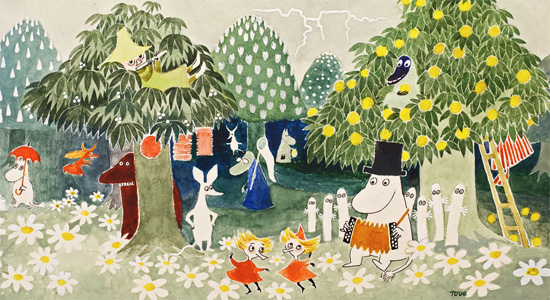 Norway is a country with strong craft and decorative art traditions. Norwegian design is typically simple, honest and accessible, yet it lacks the kudos of its Danish and Finnish counterparts. It may be in some of Norway’s new generation of designers, Lars Beller Fjetland and Strek Collective for example, that we see a growing interest in Norwegian design. Iceland has, generally speaking, little design tradition, its physical isolation, the scarcity of raw materials and limited production facilities all playing a part in this. 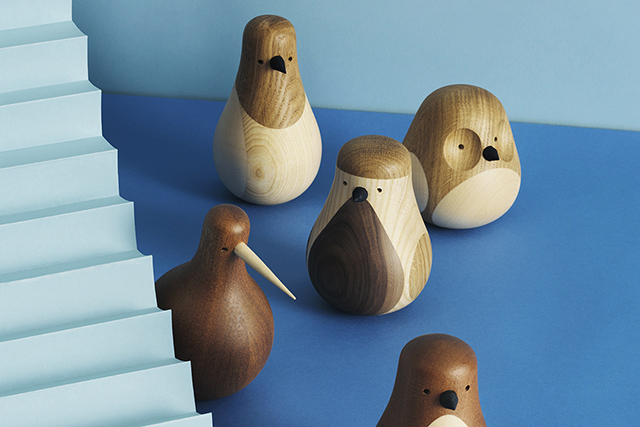 Recent years have seen the closure of many Swedish factories and, as experienced by numerous countries, a rise in domestic production costs have caused some factories to relocate their manufacturing output to certain cut-rate territories. Yet at the same time, new technologies and innovation are enabling established and smaller design businesses to flourish. There is a gaining recognition, not only in Sweden, that entrepreneurial and artisanal design endeavours bring with them an element of prestige and an enlightened creative flair. Companies playing a pivotal role in re-establishing Sweden’s place on the much coveted contemporary design scene include:

Note
A design studio based in Stockholm, Note was founded in 2008. Its raison d’être is based around noting something or getting noted. Note’s designers pay particular attention to their surroundings, with designs often influenced by both natural and manufactured forms. Note’s designs can be quirky and a little unusual, but at the same time, the Nordic influences of clean lines, functionality and minimal design are very much in evidence. 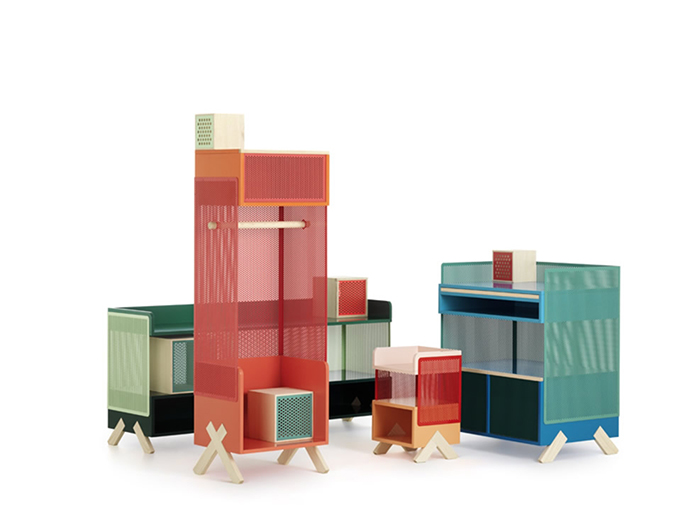 Form Us With Love
A design studio created in 2005, Form Us With Love is based in Stockholm. Its drive is to challenge conventionality through design, in particular thinking about design holistically. Coincidentally, Form Us With Love’s origins lie in Småland, the same place where the IKEA concept was born. In 2012, Fast Company named Form Us With Love as “one of the worlds (sic) 50 most influential designers shaping the future.” 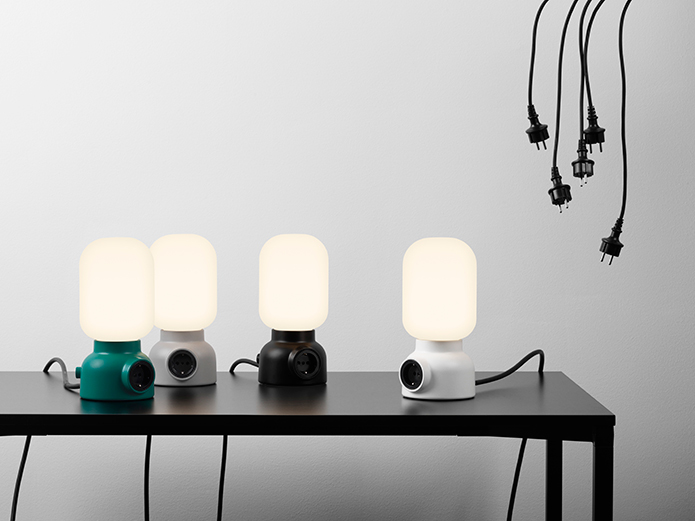 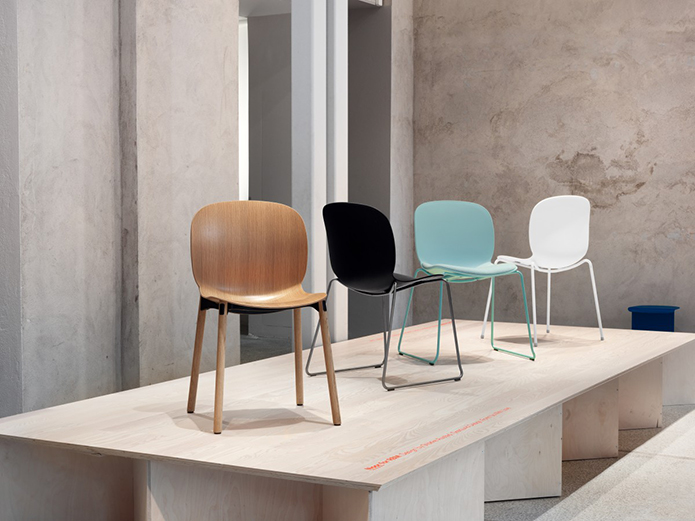 Jonas Wagell
A Swedish architect and designer based in Stockholm, Jonas Wagnell’s design focuses on simplistic and functional objects. He appreciates products that form part of people’s lives, that are intended for everyday use and give rise to affection and emotion. 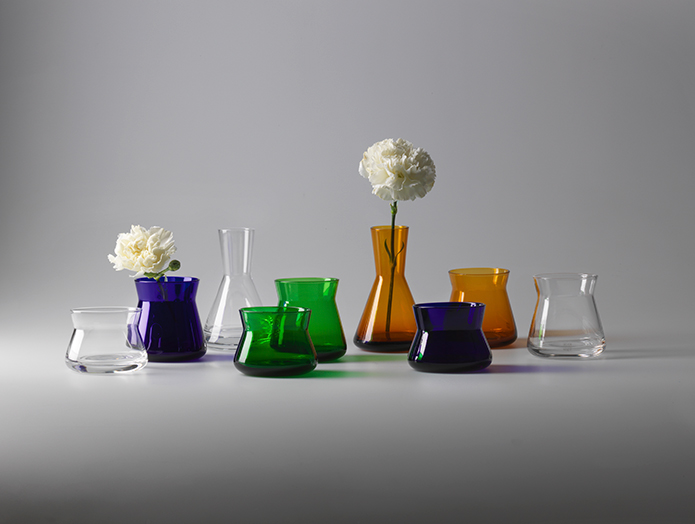 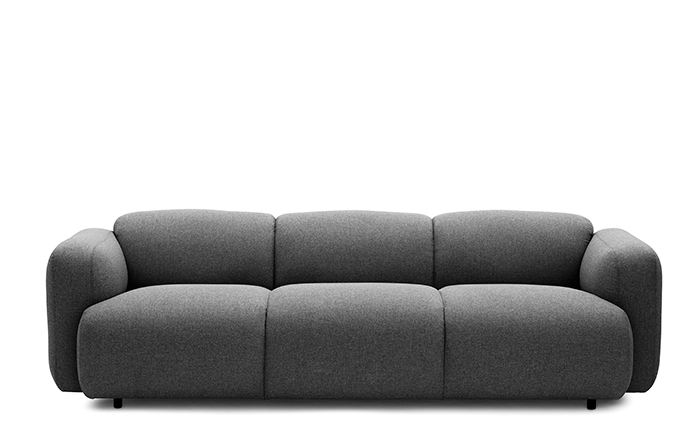 Olby
Olby Design considers itself ‘a Swedish love story’. Creating contemporary Swedish produced furniture since 1980, Olby’s hope is that its furniture will “contribute to simplify, beautify and facilitate everyday life.” Products are designed to last a lifetime and beyond. 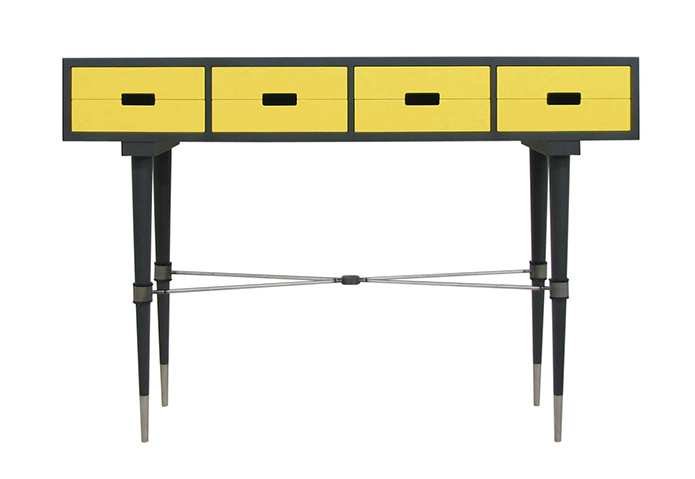 Pin Up sideboard in yellow by Olby. 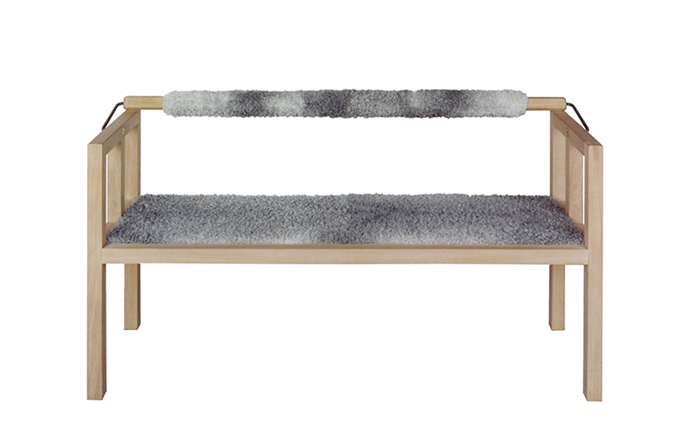 TAF
A Stockholm based design and architecture studio, TAF was founded in 2002. Their idea is that design should be viewed as essential and integrated across all levels of society. TAF’s designs are inspired by everyday objects and settings – things such as soda cans, plasters, kitchen worktops – and their work is heavily preoccupied with both context and origin. 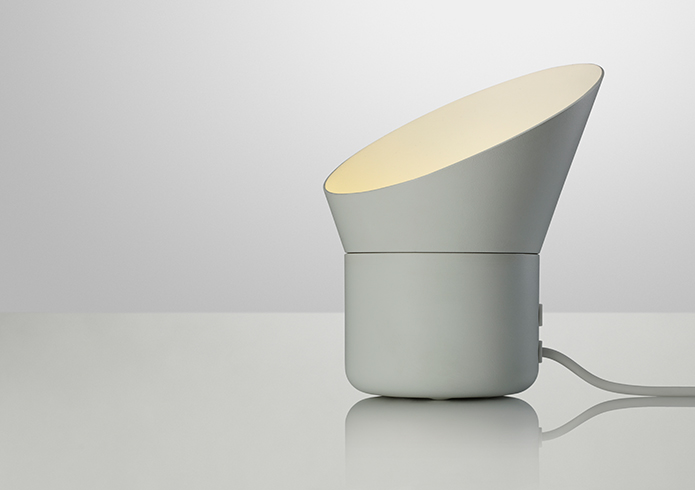 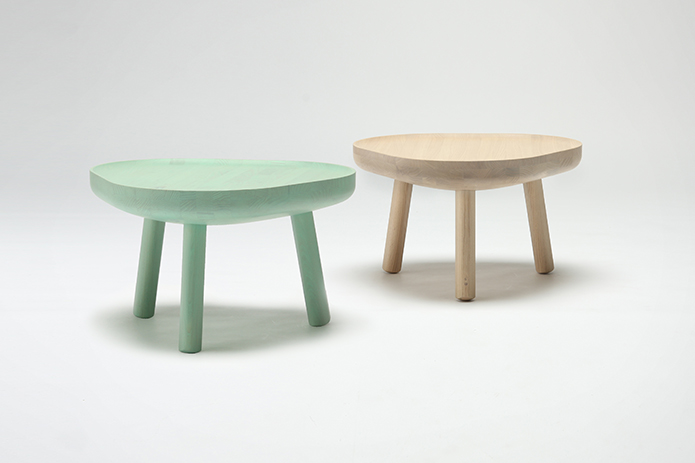 wästberg
This Swedish lighting company has produced its own somewhat quirky manifesto titled ‘Lamps for Neanderthal Man’; it was launched in Stockholm in February 2008. The wästberg philosophy can be summarised as: the use of direct lighting as opposed to general lighting, this being more functional, economic, energy efficient, flexible and aesthetic. 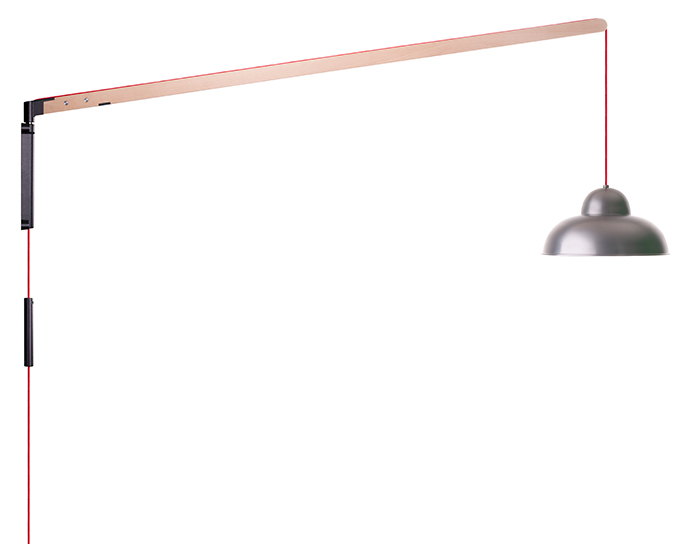 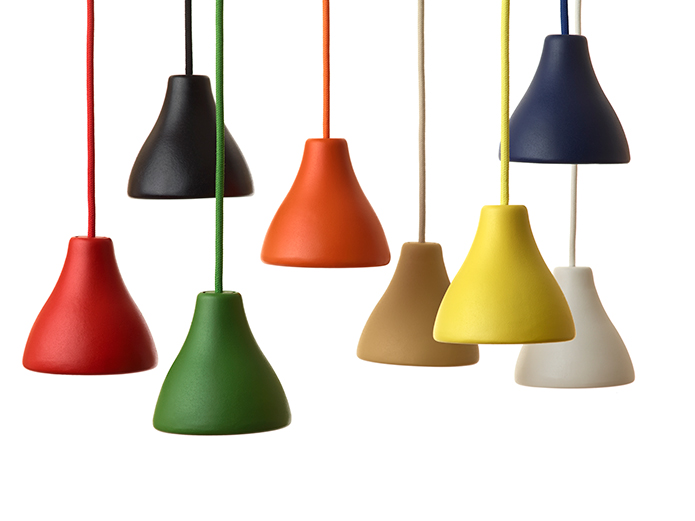 Any attempt to encapsulate the breadth of Swedish design in one article would be a foolish undertaking. However, as a précis, Swedish design is undoubtedly influential and persuasive. It could be argued that from the IKEA perspective, this is to the detriment of good Swedish design. Yet to the enduring credit of those companies referred to above and their many peers, Sweden’s reputation as a place creating exciting, original and timeless design is on the rise.