An insight into contemporary Japanese architecture incorporating elements of traditional styles and values. 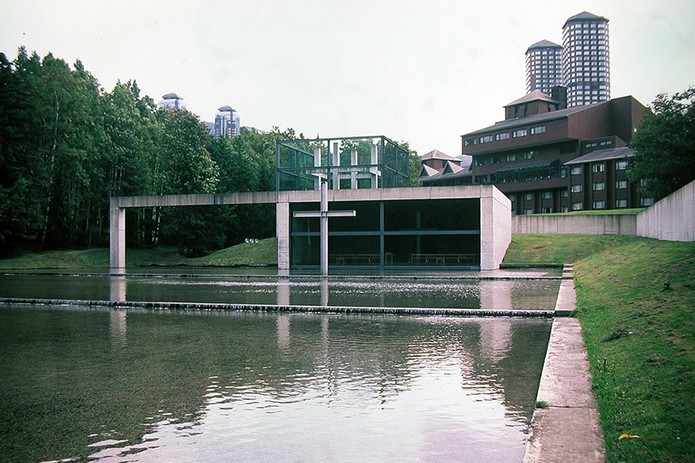 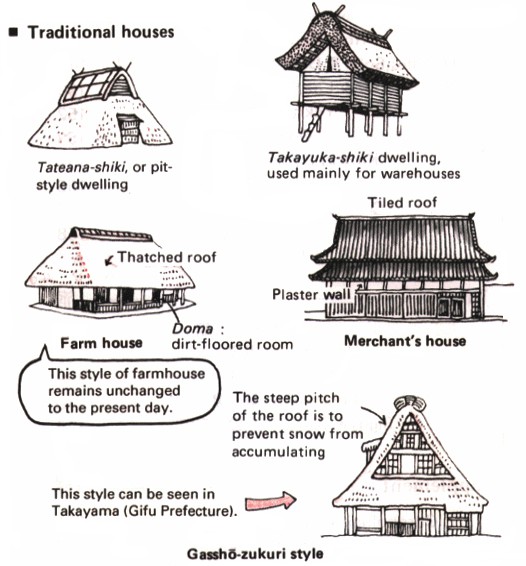 Japanese houses are particularly famed for their wide variety of roof styles, usually categorised as Yosumuné, Kirizuma and Irimoya. Roofs are made from many materials, including straw and bamboo, tiles, stone, wood and metals (Source: Japan National Tourism Organization). Yet despite a unique heritage, Japanese building styles are, more-and-more, adopting a western quality and appearance, with architects using prefabricated structures, concrete and glass. Traditional, modest and rustic dwellings (for example the one-time popular small wooden house) are now few and far between.

Tadao Ando, one of Japan’s foremost architects, has become adept at interpreting modern architecture in a manner that respects Japanese heritage and values. His approach embraces “Critical Regionalism”, an architectural outlook that questions and rebuffs the homogeneity of mainstream global architecture while embracing notions of localism. It is a middle ground so to speak, where building styles are designed to reflect regional traditions.

Ando is a self-taught architect; his approach to learning an experientially-based one. Awarded the Pritzker Architecture Prize in 1995, Ando strives to ensure his works (predominantly built with concrete), maintain a unity between their physical expression and nature. In his Pritzker Architecture Prize biography, Ando explained: “My effort is to preserve Japanese residential architecture’s intimate connection with nature and the openness to the natural world, what I call enclosed Modern Architecture, a restoration of the unity between house and nature” (Source). Ando’s reference to “enclosed Modern Architecture” values Japanese cultural sensibilities and aesthetic awareness. Examples include “Church on the Water” (1988) and “21_21 Design Sight” (2007).

Church on the Water 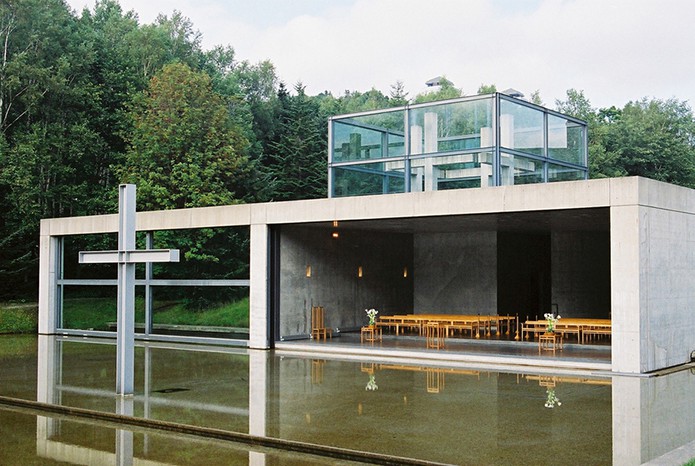 “21_21 Design Sight” is a design research centre and museum in Tokyo Midtown. Designed by Tadao Ando, the architect’s intention was to create a building that would represent Japan. This elegant low-rise, angular structure consists of one storey above ground-level and one below. 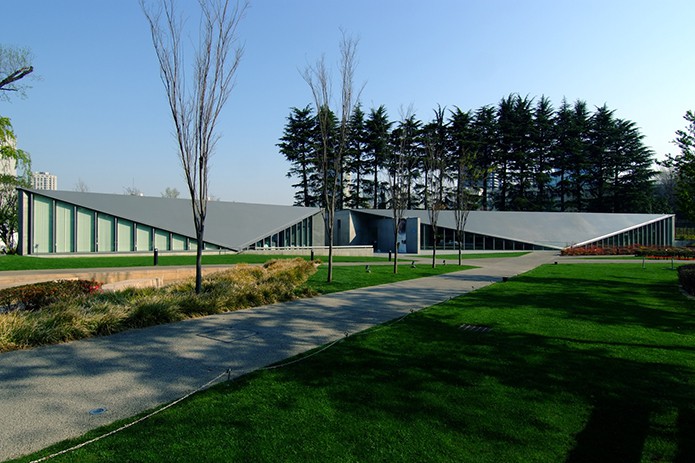 There are many representative cases where contemporary Japanese architecture incorporates elements of traditional Japanese styles and values. The following building designs represent just a few examples.

This home in Japan’s Saitama Prefecture was designed by Japanese architect Tetsuo Yamaji. Known as the “Module Grid House”, Yamaji describes the abode as: “a non-mass-produced house made with mass-produced components” (Source: Dezeen). The house was designed around the proportions of traditional tatami mats: rush-covered straw mats used for centuries in Japanese interiors. The dimensions of tatami mats are guided by shakkanhō, a traditional Japanese measuring system.

In Japan, the metric system was enacted on 1 January 1959, yet tatami makers at that time were of the opinion that without shakkanhō measurements, it would be impossible to make tatami mats (Source: The Japan Times). Today, shakkanhō units are often utilised by the construction sector, especially when building wooden houses. As a consequence, waste is kept to a minimum and there is a clear reference made to Japan’s architectural heritage. 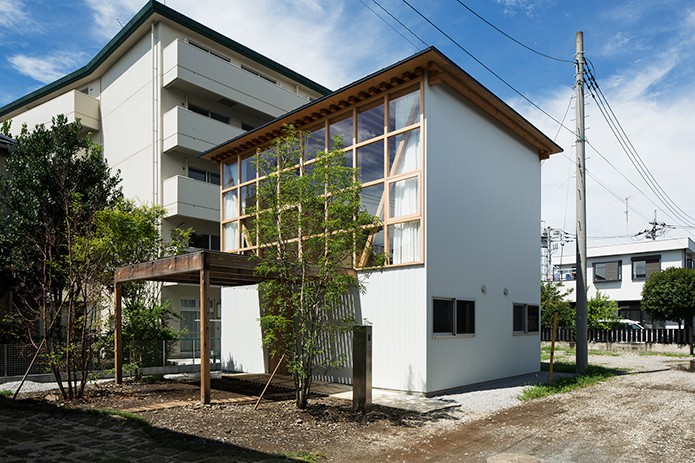 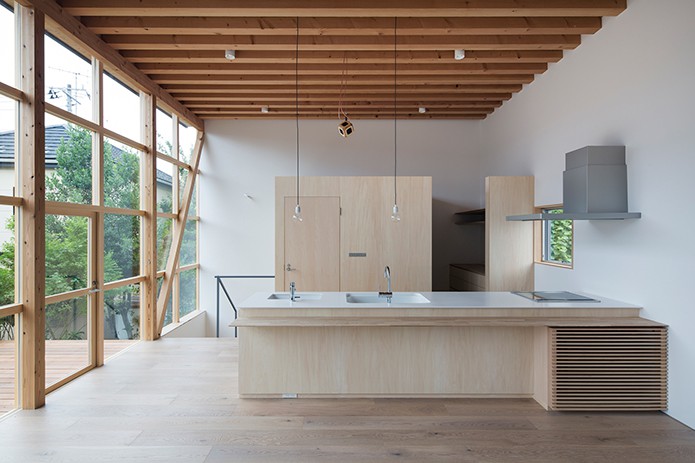 While tatami mats are no longer a common feature in many Japanese homes, there are a number of architects who wish to reintroduce this time-honoured tradition. For instance, Japanese studio Tokmoto Architectures Room made use of tatami mats in order to define the proportions of “Inari house”, a home in Niigata (Source: Dezeen). 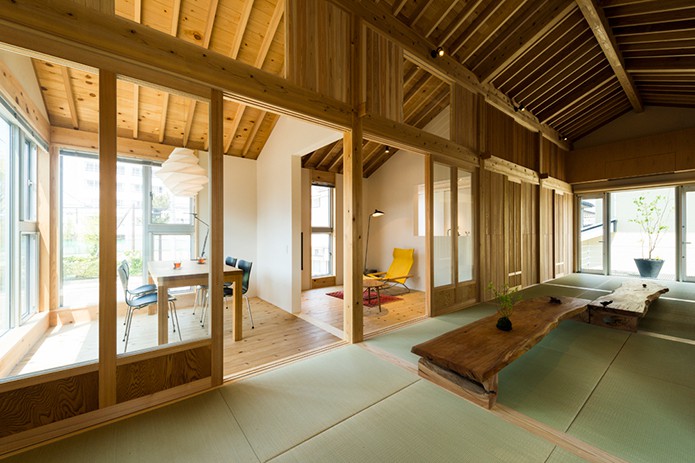 Architectural studio S Plus One was commissioned by the small mountain village of Tabayama to design two micro starter homes, a type of dwelling that is popular in Japan (Source: Dezeen). With a population of about 550, the local government of Tabayama is keen to attract new people to the area. The front aspects of the simple micro homes are clad in local woods, one in cedar and one in pine; these materials are then used respectively to line the interior walls and ceilings. In a nod to Japan’s architecture heritage, the micro homes recall Japan’s popular small wooden houses. 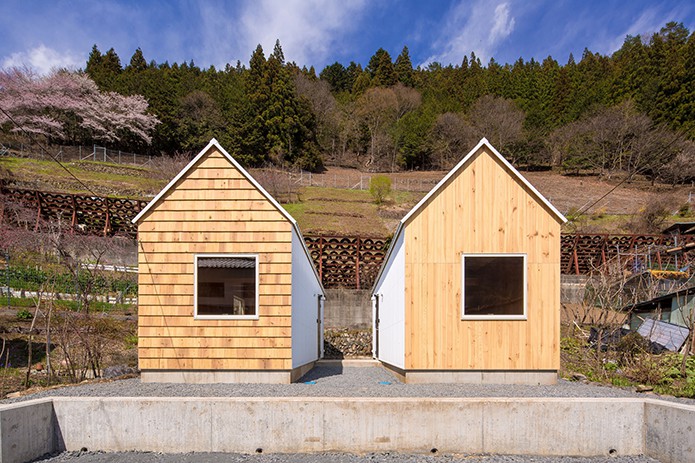 Cedar House and Pine House by S Plus One. Image © Naoki Kobayashi via ArchDaily. 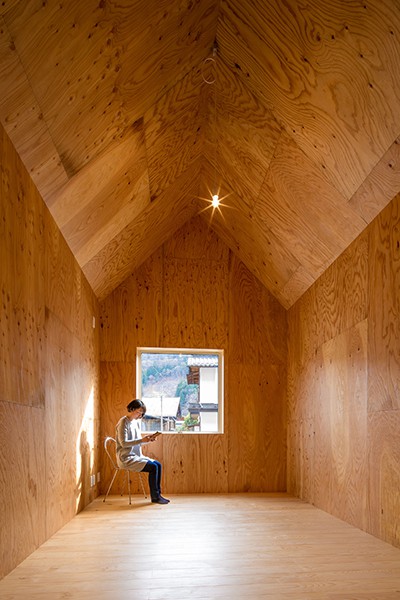 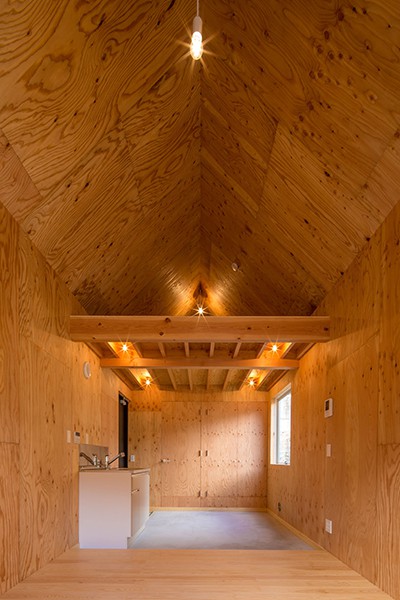 One side of this warehouse at Inagawa Cemetery in Japan’s Hyōgo Prefecture is clad in cedar. In designing the structure, Tokyo studio Key Operation used charred cedar to respectfully ensure the warehouse has minimal impact on visitors to the cemetery: the warehouse is the first building encountered by visitors. The cedar facade is in keeping with the area’s traditional farmhouses, typically built with smoked-cedar cladding and pitched roofs.

The warehouse’s opposite side has a red iron oxide coating, known as bengala dye. As visitors leave the cemetery, they pass this side of the warehouse. The architect explains: “As the final landmark of the visit, the exterior walls from this vantage are finished with bengala red pigment to invoke the image of a torii [gate to a Japanese Shinto shrine] and provide a boundary between the spiritual and secular worlds,” (Source: Dezeen). 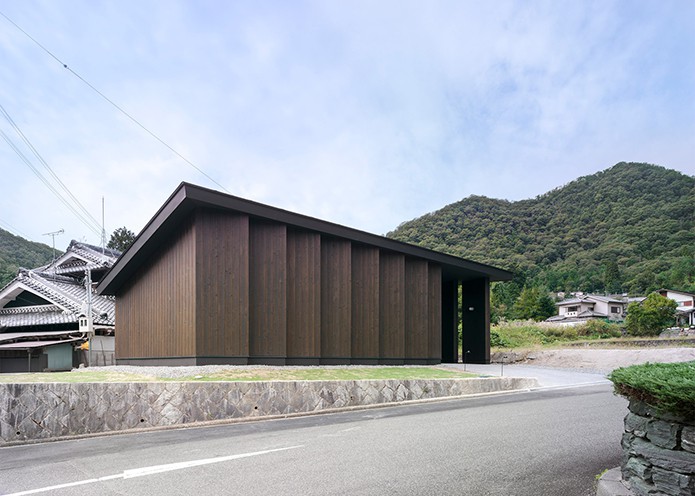 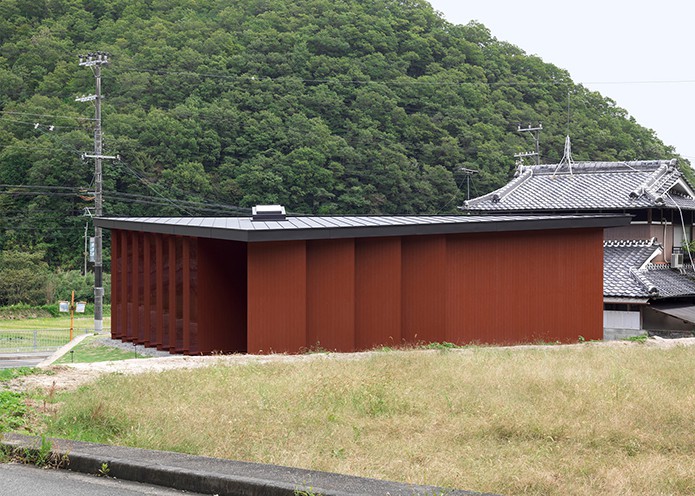 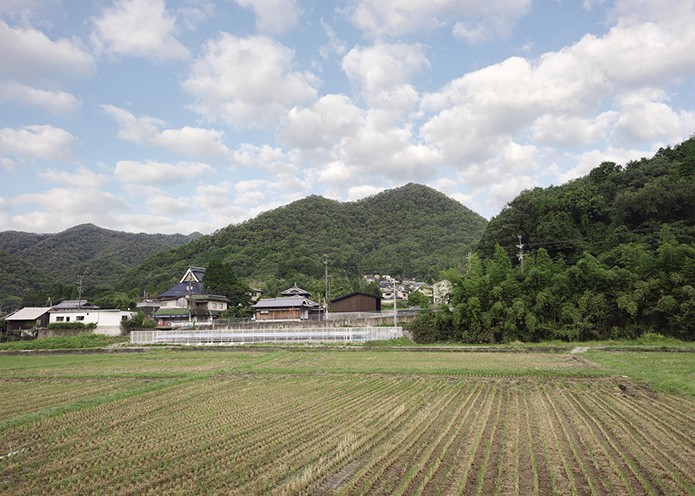 This Buddhist temple in Tokyo dates back to Japan’s Edo period (1615-1868) and was recently upgraded by Satoru Hirota Architects (Source: Dezeen). The temple was destroyed by airstrikes during World War II and subsequently reconstructed in 1949, albeit with limited resources. Satoru Hirota Architects were tasked with refurbishing the old shrine building and adding several new amenities: a single-storey reception hall and a three-storey office/residence for the live-in priest. The new additions were constructed using exposed concrete and charred cedar, a contrast to the wood, white render and rustic roof tiles of the existing temple. The overall impact is a beautiful testament to old-world meets modern-day. 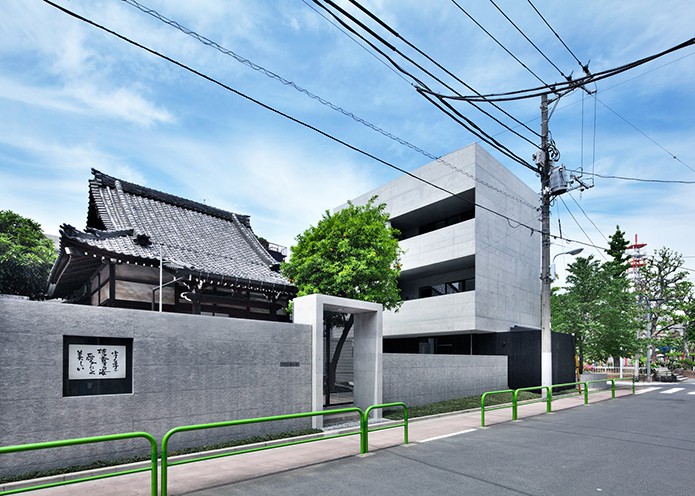 Buddhist temple – the old with the new. Image by Satoru Hirota Architects via Dezeen. 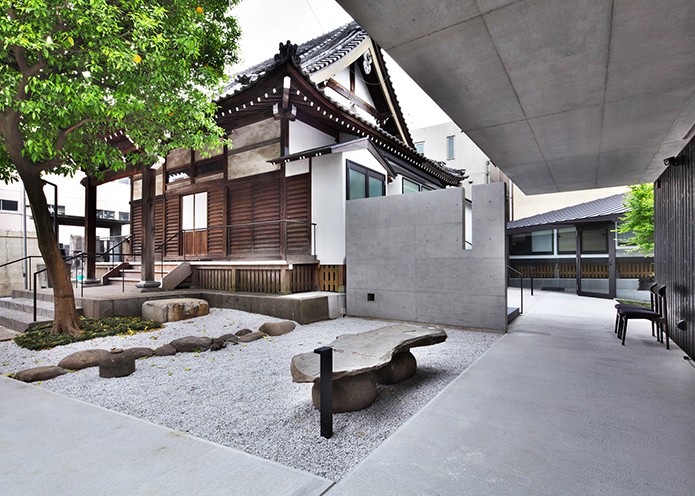 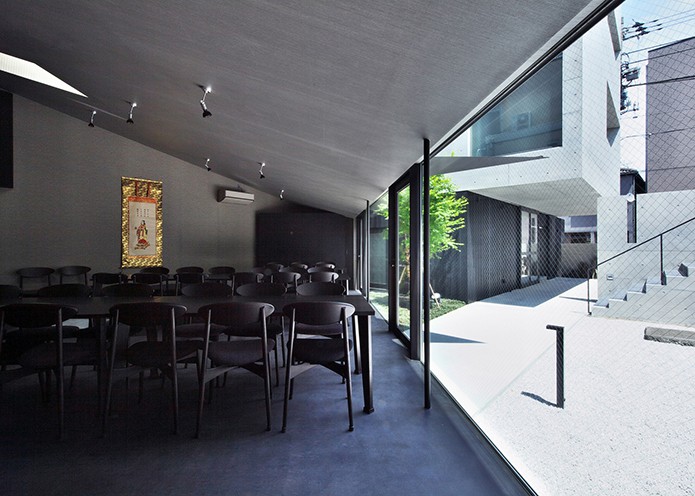 The Japanese architect Ryo Matsui converted a 120-year-old storehouse into a contemporary living space. The storehouse in Moriya, Ibaraki, was seriously damaged by Japan’s 2011 earthquake. The architect was able to conserve the structure’s original roof tiles, however the exterior walls had to be replaced; the architect used a charming perforated lacework-like brick facade. The house was aptly named “Rebirth House” and functions as a living space, dining area and guest house, adjacent to the client’s home. (Source: Dezeen) 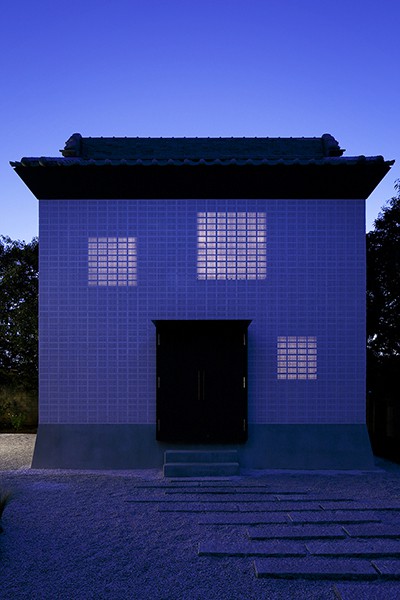 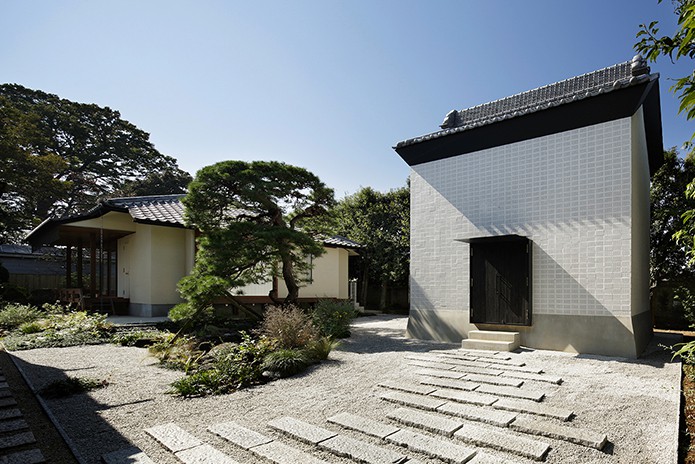 Nishinoyama House, a unit housing complex in Kyoto, was designed by Kazuyo Sejima & Associates (Source: World-Architects). In Kyoto, new builds must have pitched roofs, ensuring they are congruous with the city’s architectural character. In compliance, the architect Kazuyo Sejima gave her building its most distinguishing feature: twenty-one individually tilted roofs. These roofs make understanding the layout of Nishinoyama House a somewhat complicated affair. There are in actual fact just ten individual units, with a total of forty rooms and twenty gardens. Sejima used traditional Japanese shoji screens (latticed screens covered with white paper) as an alternative to standard walls. Internally, units have floors and ceilings made using wood. In Nishinoyama House, Kazuyo Sejima has ensured spaces are flowing and open, quietly communing with nature in a traditional Japanese manner. 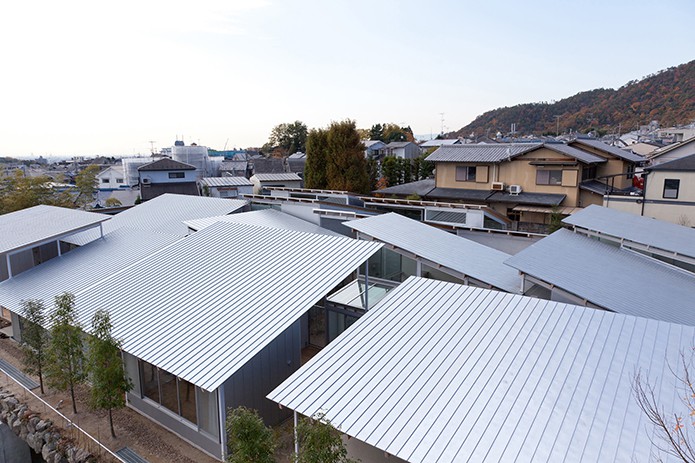 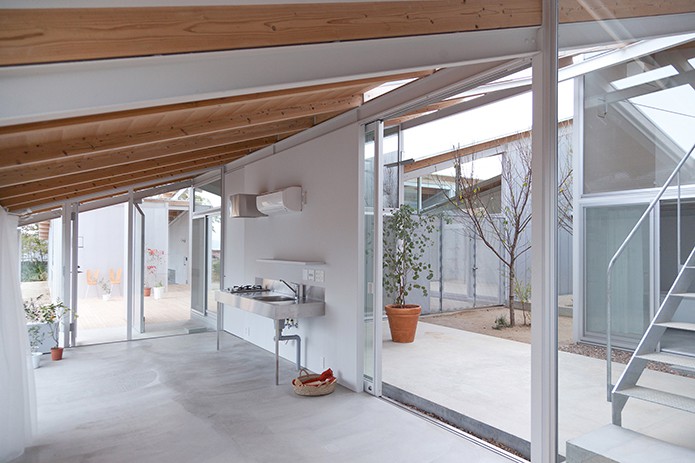 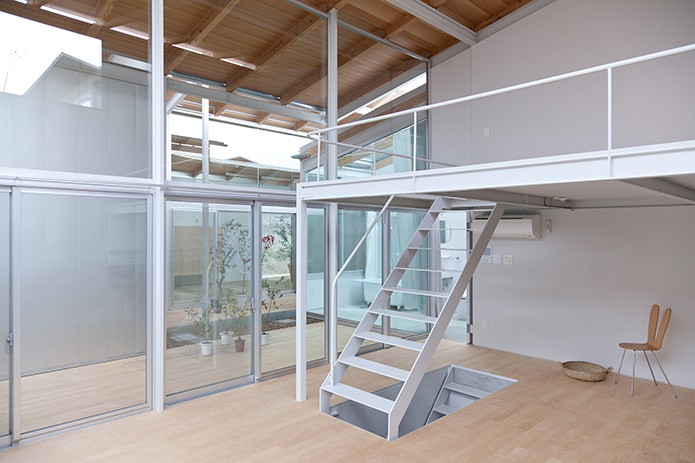