How to Pan for Gold 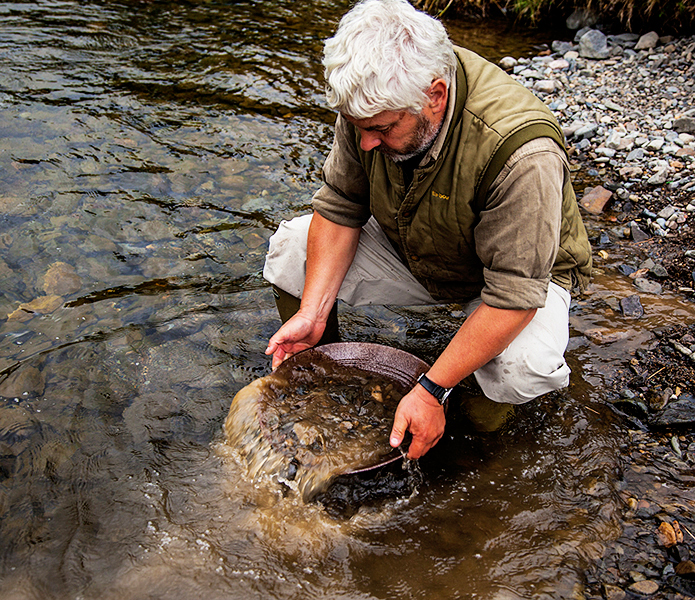 It is not quite as dramatic as the Hollywood film ‘Paint your Wagon’, or quite as harsh as real-life prospecting would have been in the mid-1800s in Gold-Rush California, however, standing up to your waist in a cold stream in the Southern Uplands of Scotland does feel pretty hard-core, as you lose the feeling in your toes and fingers, but panning for gold can give you a real ‘rush’, and the excitement and addiction of gold-panning can reach ‘fever’-pitch, as despite the numbness of all your extremities, you give it one last go…

A past British and World champion, Vince Thurkettle, can vouch for that ‘rush’ and ‘fever’, so much so that he gave up his successful career within the Forestry Commission to become Britain’s only professional gold prospector, visiting the most beautiful places in Britain and beyond in the quest for that tiny shiny speck of magic within the grit and mud and ‘deadened’ digits. Here Vince Thurkettle, in this excerpt of a short essay on Gold Panning, gives five main pointers for how to prospect for gold.

Pure gold has a specific gravity of 19.3 making it significantly denser/heavier than almost any other material to be found in a stream or river bed. The vast majority of river sands and gravels have a specific gravity of between 2 and 3 – making gold in the region of eight times denser than the common materials surrounding it. 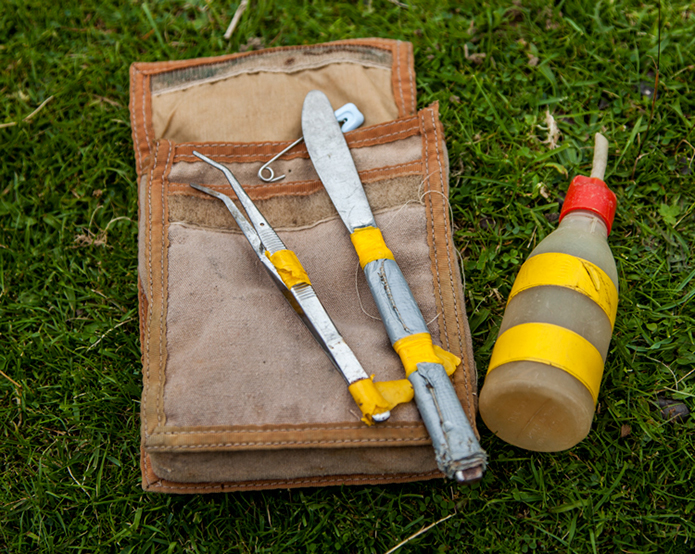 The very essence of gold panning is to use this physical difference and simply agitate a ‘dish’ of gold bearing sands in water, allowing the denser gold to sink to the bottom of the pan, or as some people prefer to think of it, to allow the lighter material to ‘float’ above the gold. The lighter material is then washed away in stages until only a heavy concentrate remains.

Gold panning would be very easy indeed if natural gold always occurred in chunks and nuggets, but alluvial gold most commonly occurs as dust and thin flakes. This is important as the relationship between density and surface area is critical in panning – a very thin piece of gold can have such a relatively high surface area to its weight that it will actually float on water. You may have seen scraps of gold leaf suspended in bottles of spirit; this demonstrates the surface area to mass relationship well. The competent gold panner knows to be careful and not rush the panning process; with good technique most sizes and shapes of natural gold can be recovered.

My preferred technique, using a flat bottomed American-style gold pan, is as follows:

1. Place the gold bearing material in the pan until it is 1/2 to 2/3 full – an overfull pan is difficult to work. 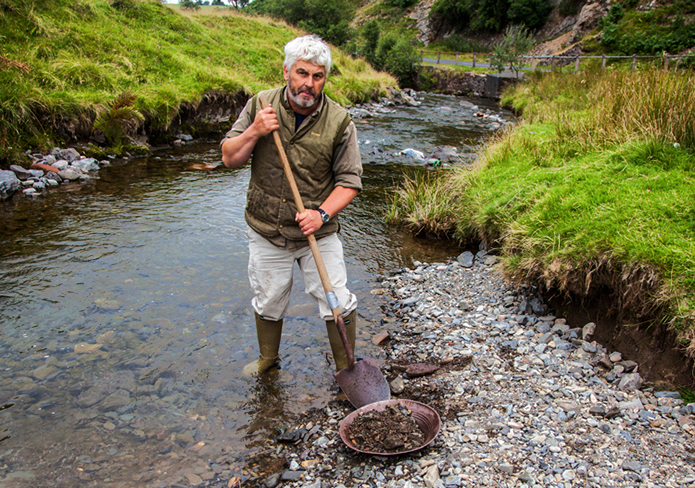 Sink the pan so that it is just below the surface of the water. Now roughly agitate the pan in a circular or zigzag motion. This process frees gold particles that are trapped in dirt or clay and brings larger stones to the surface. (Note: some people carry a garden type sieve to remove these stones.) 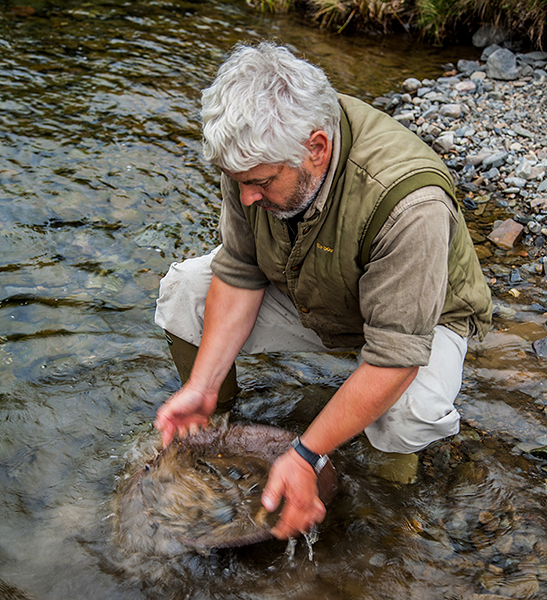 2. Remove the larger stones checking any pieces of ore for possible gold inclusions. If you are using a sieve, it is still good practice to quickly look through the stones for gold ore. 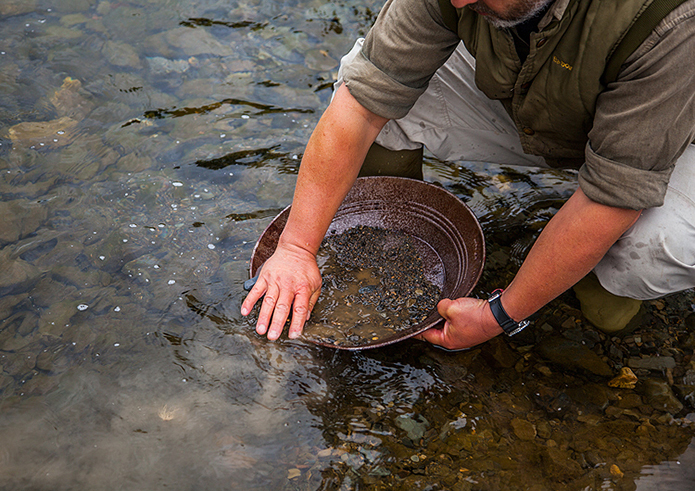 3. The removal of the stones has classified the remaining material, so that it now has a more even particle size and thus improved the gold recovery process. As in stage one, agitate the material again underwater, but now more gently. The gold is clean at this point and we are simply allowing the gold to sink through the sands leaving the surface material barren. 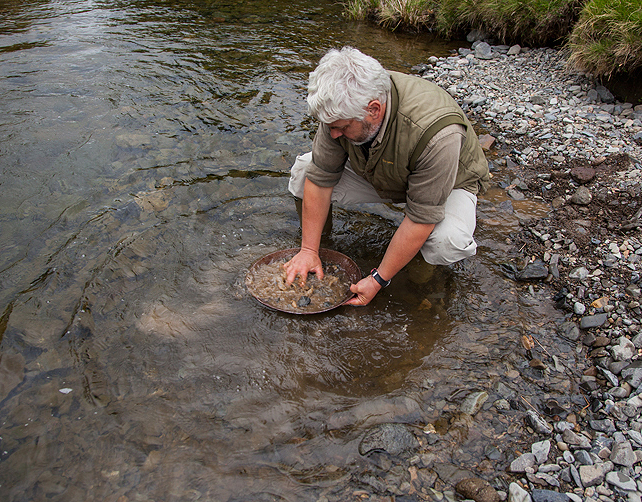 4. You are now ready to start washing away this gold-free barren material. Tilt the gold pan slightly forward, say 10 to 15° from horizontal, and push the pan forward into the water to create a wave that washes over the entire surface of the pan and, as it recedes, takes with it some of the barren sand and gravel. 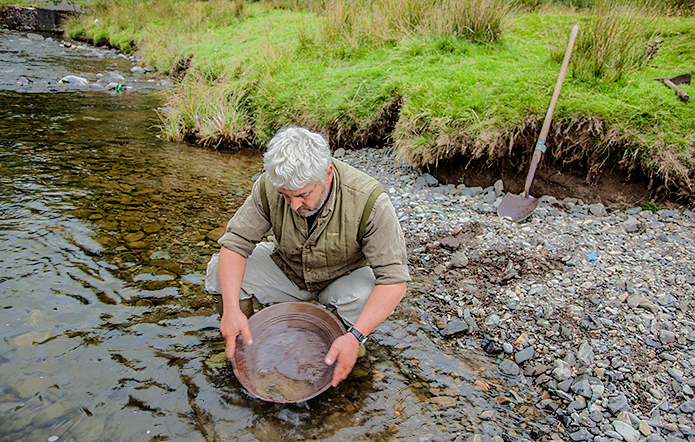 Continue working with a pattern of 5 to 10 seconds of agitation followed by 2 to 3 of these waves until only half a cup full, or less, of heavy material remains in your pan. 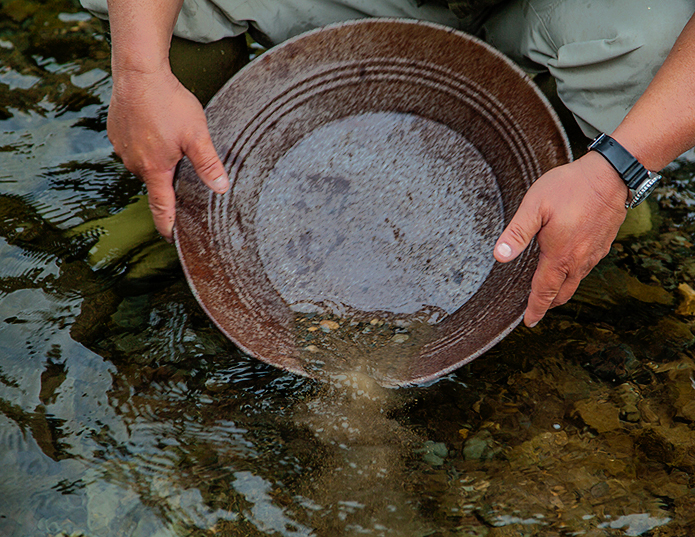 5. The heavy material remaining will vary depending on the minerals, other than gold, that have found their way into the streambed you are working. Most commonly these minerals are black and your heavy deposit is usually an arc of fine ‘black sand’. A good nugget will show at this point and should be removed, but fine flakes and dust will still be hidden under the black sand. The technique to separate the gold from the black sand is to take roughly half a cup of water into the pan and, with a gentle rolling motion, let the water brush the black sand away from the gold. With practice you will find that it is possible to separate every particle of gold from the ‘heavies’ using this technique. There are many tricks and variations to this final cleanup. For instance, if the black sand is magnetic then a magnet can be wrapped in polythene and passed over the concentrate to remove most of the heavies, leaving behind the non-magnetic gold. In the gold panning vernacular, a carefully washed pan that has no gold is called a ‘skunk’ – and gold is mostly referred to as ‘colour’. (As in, “I had three colours in my first pan, but my second pan was a skunk!”) 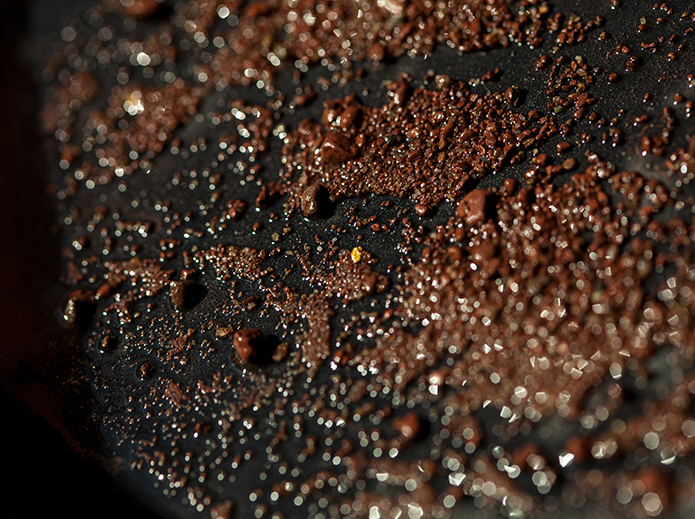 While I am concentrating on the recovery of natural gold with a pan, it is worth mentioning that more than just gold can be panned in Britain and Ireland. There is a long tradition of ‘tin streaming’ in Cornwall where sluice boxes and pans were used to recover the ore of tin in the form of the mineral cassiterite or ‘wood tin’ – so called due to the banding of this red-brown mineral. Ironically, gold was a by-product of tin streaming operations. A very few British panners hunt for nuggets of native silver; rarer than our gold! While out panning for gold, other semi-precious minerals will form part of your heavy concentrate – such as garnet in the ruby-red forms of pyrope and almandine. I have, unsuccessfully, panned for sapphires in the Outer Hebrides, but they are there somewhere! Remember, gold panning is all about using the difference in the specific gravity of alluvial materials to separate them – a huge range of relatively heavy minerals can be recovered by panning. And, as a final note on panning for more than just gold, it is worth recording that occasionally ancient artefacts will appear in the pan. I know of bronze arrowheads and hammered silver coins being found, and have found a Victorian gold pocket watch chain myself.

A good place to watch and learn truly excellent gold panning technique is at a National, or better still, a World Goldpanning Championship. 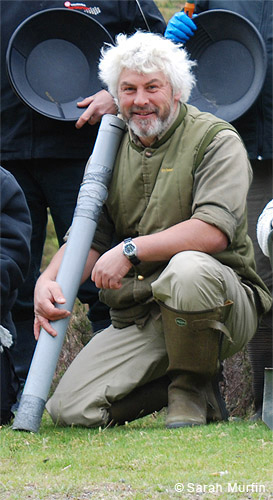 And what to do with the gold you find? Many people enjoy finding gold grains in different locations and form collections of provenanced samples. It may be possible to have your gold made into jewellery – in many areas there is a tradition of people looking for the gold to make their own wedding rings. 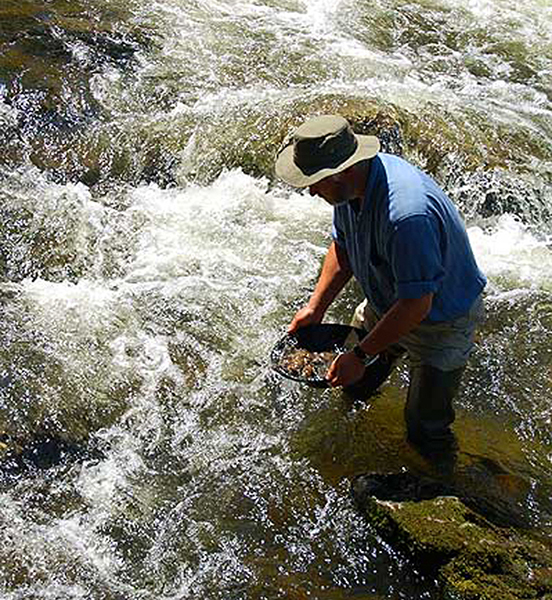 Vincent Thurkettle first went gold panning in 1977 after a chance meeting with a gold prospector. He has prospected across much of Britain and Ireland and in many other world locations. He has won the British Championships several times, and won his first World Championship gold medal in 2007 in Canada. Vincent was President of the World Goldpanning Association for seven years. www.gold-panning.co.uk