An overview of the work of Irish-born designer Eileen Gray. 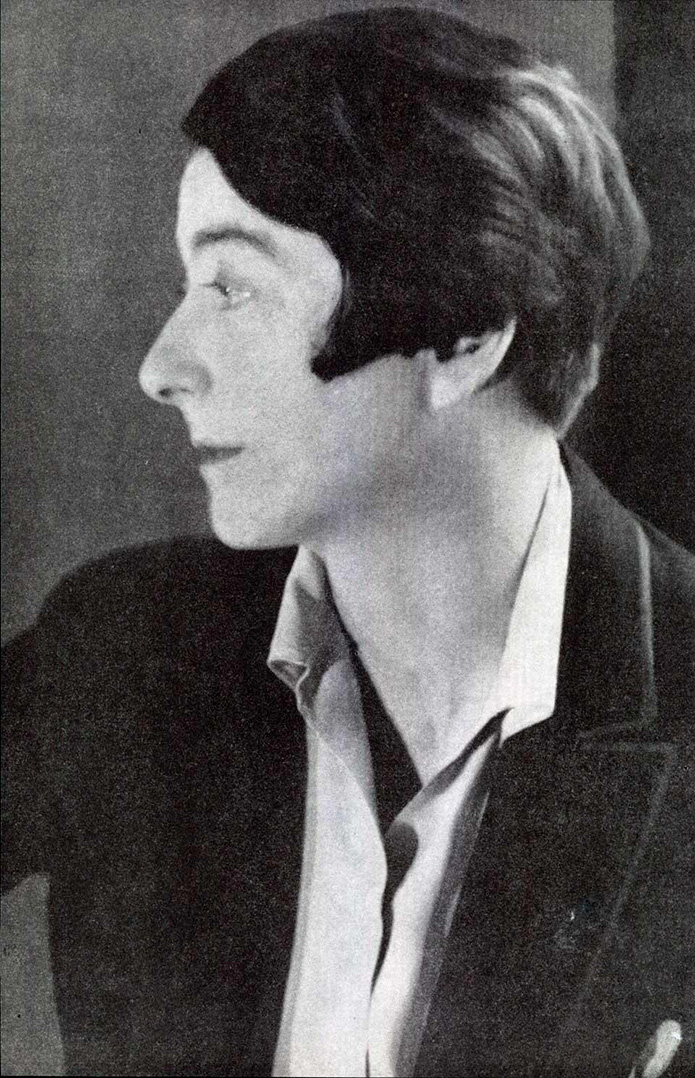 Eileen Gray was one of the early pioneering modernists and a designer whose work was without parallel and notably avant-garde. There are many remarkable luminaries of modern design. Famous surnames include Eames, Jacobsen, Wegner, Le Corbusier and Mies van der Rohe. Yet Gray or Eileen Gray is a name that has arguably been overlooked or neglected time and again in the annals of modernism.

Eileen Gray was born in Enniscorthy, County Wexford, Ireland in 1878, into a wealthy Irish-Scottish family. She spent much of her childhood in London and her creative talents were encouraged by her father, an amateur artist. Gray went on to study painting at London’s Slade School of Fine Art in 1898 and was in fact one of the first women to do so.

Gray spent time in Paris following her father’s death in 1900, travelling between Paris and the family’s homes in London and Ireland. She returned to London in 1905 when her mother became ill. It was then she undertook an apprenticeship at a London lacquer workshop, gaining much experience in this highly specialised medium. Gray went back to Paris in 1906, captivated by the art of lacquer. Here she established herself as a leading protagonist of the art of Japanese lacquer work, being trained by a Japanese master craftsman. 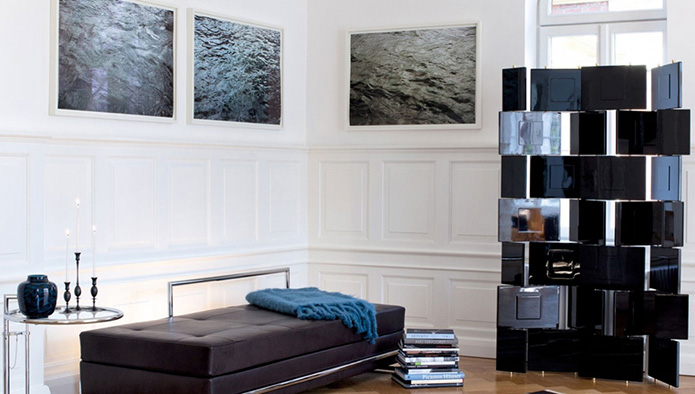 Brick Screen © ARAM. This is perhaps one of Eileen Gray’s best known designs.

In 1917, following the First World War, Gray was commissioned to decorate an apartment in Paris using her adept lacquer techniques, an approach that was to inspire her iconic hand-lacquered Brick Screen. Gray designed geometric patterned rugs, lamps and a day bed for the apartment, with many newspaper and magazine articles hailing it “a triumph of de luxe modern living” (Source: Design Museum) At the same time, Gray’s work was quite at odds with the then popular Art Deco interiors in France and thus garnered much disapproval from French critics. Yet she was undeterred, her work being praised by several leading lights, including a certain Le Corbusier. In 1922 Gray opened her own gallery, Galérie Jean Désert, where she sold her rugs, furniture and lighting and introduced tubular steel to her furniture. She was to exhibit chrome, steel tube and glass furniture in 1925, well before Le Corbusier. 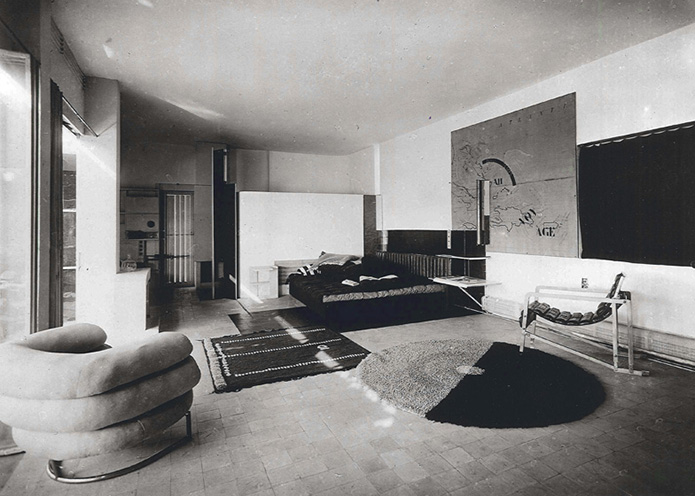 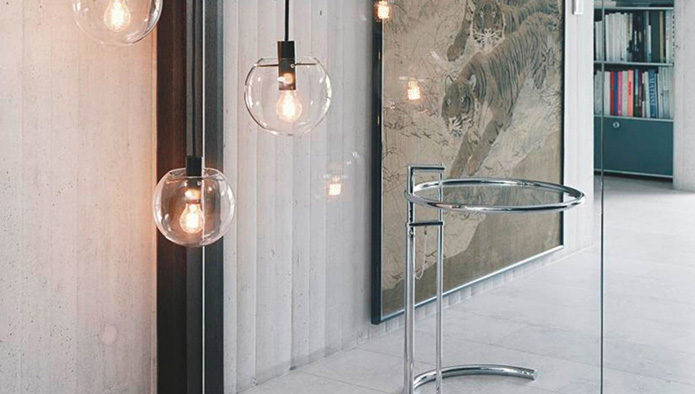 Eileen Gray’s style was a distinctive, expressive and lavish take on industrially produced materials and geometric forms. A progressive and curious woman, Gray made the decision to concentrate on architecture, spurred on by the Romanian-born and Paris-based architect and architecture critic, Jean Badovici (he was one of Gray’s lovers, although her sexuality is difficult to fathom out – she was either bisexual or lesbian depending on which articles you refer to). Badovici wrote that “Eileen Gray occupies the centre of the modern movement” (Source: Design Museum). He worked with Gray on the construction of her first house, E1027. This was built between 1926 -1929 on a steep cliff overlooking the Mediterranean at Roquebrune-Cap-Martin in the Alpes-Maritimes, southeastern France. The house was a milestone, a critical piece of modernist architecture and design. Gray designed the furniture for her seaside home including her circular glass E1027 table and the iconic Bibendum armchair. Her second house was at Castellar in the Alpes-Maritimes, built between 1932 – 1934. These houses are considered to be “among the purest examples of domestic architecture and interior design of the period.” (Source: Eileen Gray). 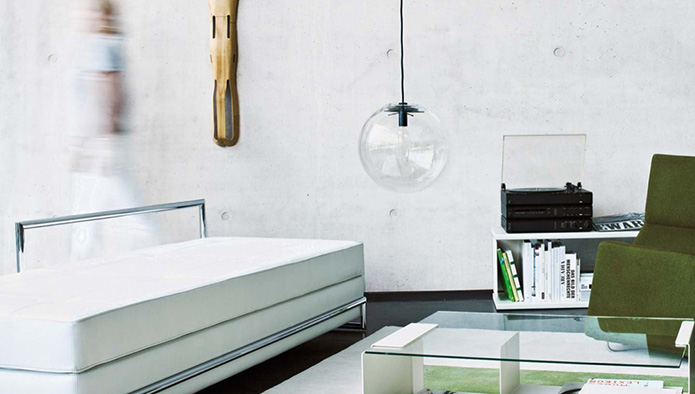 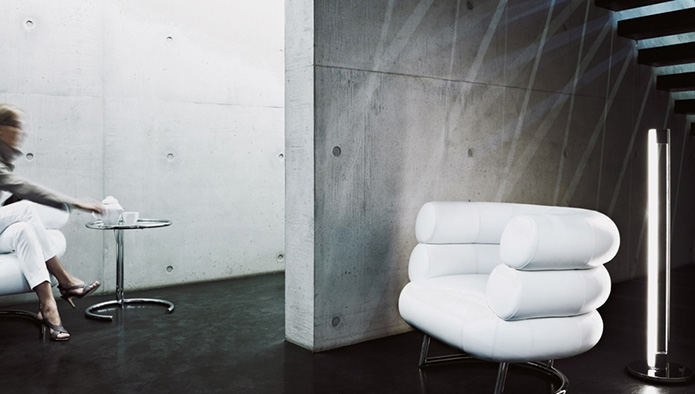 Bibendum (1926) © ARAM. A design influenced by the Bibendum ‘Michelin Man’.

After the second world war, Eileen Gray continued her work as a designer on various projects such as a Cultural and Social Centre, a structure that was alas never built. However Gray led an increasingly secluded life, in the main left behind by the design and architecture world. This obscurity appears to remain largely unexplained. It was in 1968, with an appreciation of her career published in Domus magazine by the renowned architectural historian and critic, Joseph Rykwert, that Gray once more came to prominence. This revival was further enhanced by a Paris auction of the contents of couturier Jacques Doucet’s apartment; he had previously bought and commissioned projects from Gray. 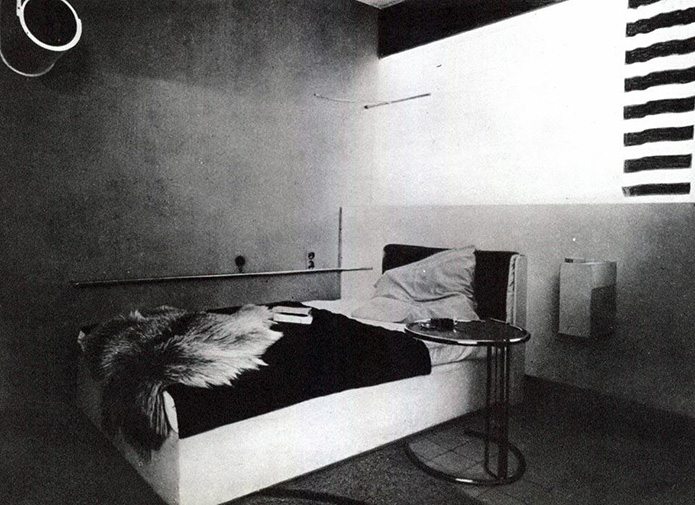 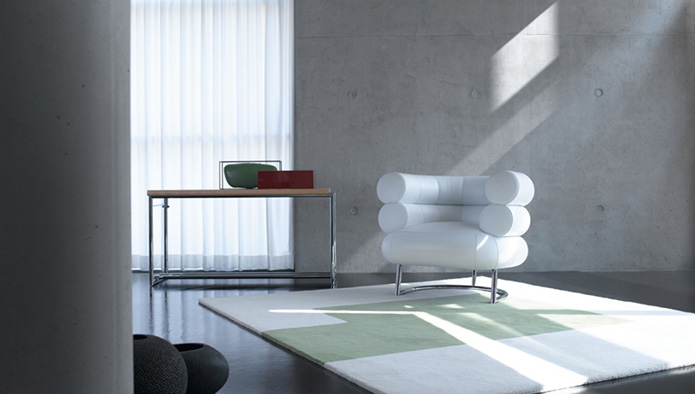 In the early 1970s, Eileen Gray worked with Zeev Aram, owner of the London-based midcentury and contemporary design emporium Aram, to bring some of her archive designs back into production. A distinguished anchor of the London design scene, Aram was granted worldwide rights by Eileen Gray in 1973, to manufacture and distribute her designs. 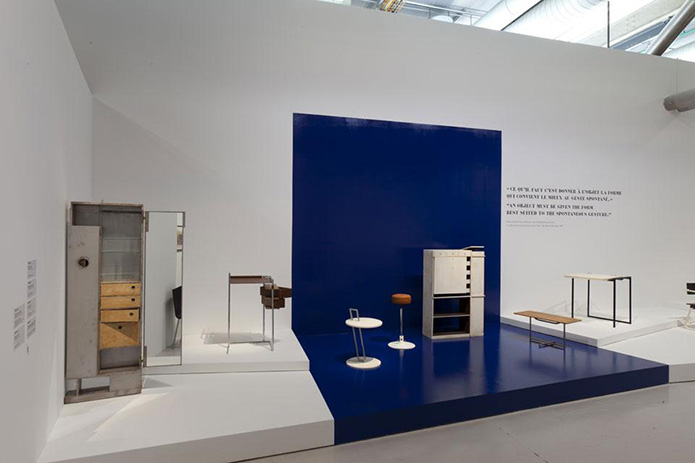 A major retrospective of Eileen Gray’s work was shown at the Centre Pompidou in Paris from February to May 2013. Gray has been ranked alongside Le Corbusier and Mies Van Der Rohe as among the chief architects and designers who defined modernity in the early 20th Century (Source: The Irish Times). The Centre Pompidou exhibition no doubt helped to redefine Gray as a leading modernist, despite her still relative anonymity (when compared to her peers). 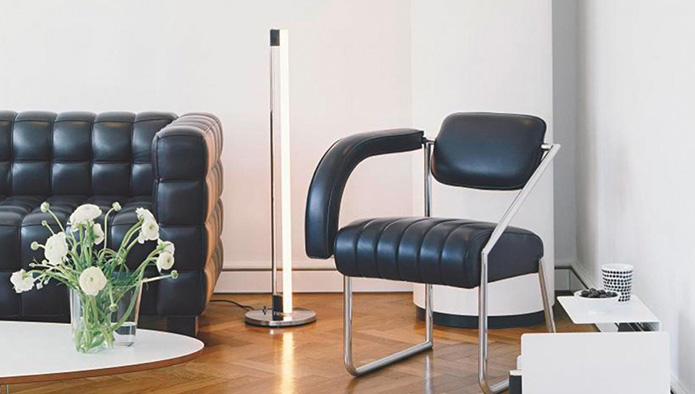 Eileen Gray was a woman who worked, strived and succeeded in a domineering man’s world; she was a worthy equal to her more famed male contemporaries. Yet Gray was neglected for many years, perhaps because she was a woman, modest by nature and chose to stand alone, refraining from being part of a ‘movement’. Zeev Aram said of Eileen Gray’s modesty: “If you are modest and you don’t shout, nobody asks you to do anything.” (Source: Dezeen) We know little about Gray’s personal life and the historical context in which she evolved – sadly she burned a large part of her personal history (Source: Domus). She was perhaps a universal free spirit, a creator and a visionary. 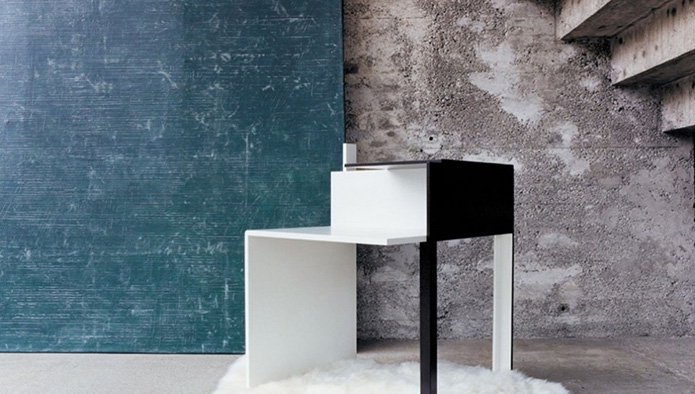 It’s difficult to catalogue Eileen Gray in any one genre as she was an artist, designer, stylist and architect. However with a solid design legacy, her work is as distinct and worthy of merit as any contemporary modern 20th century design classics. It is testament to her vision that Gray’s designs are still sought after and relevant today. 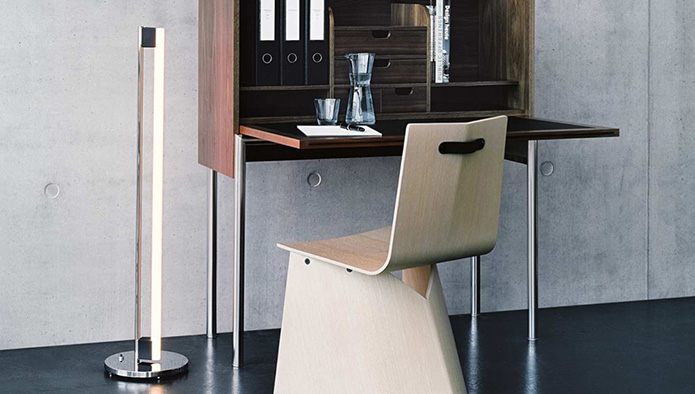 For an overview of Eileen Gray’s designs, visit the Aram-designed website dedicated to her – Eileen Gray.