From the ‘boy in the photograph’ to life behind the lens… 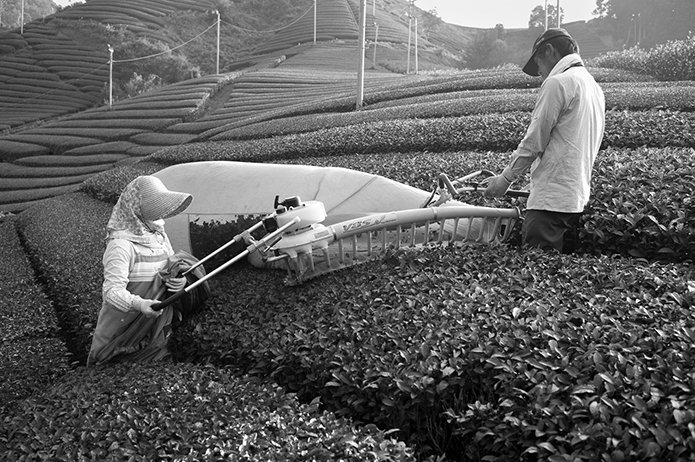 Like so many of us, Adam Marelli disliked being photographed as a boy, equating cameras and photography with the self-consciousness a family photo-album can bring. However, he found photography to be a useful tool in his pursuit of art & sculpture, and, as he matured, his love of architecture & landscape and ultimately how people are positioned within these wider schemes, has been aided and abetted ultimately by wielding a camera, until his identity has altered to such a degree that he is more often than not behind the lens, the photographer, in the moment captured.

Adam’s background in the technical, the drawing and sculpture bridges both photography and art bringing structure and control to creativity, which introduces a degree of measure that allows a sense of careful detail that demonstrates perception and sensitivity to bring the subject matter alive so that it resonates with an audience.

Here, Adam allows us his own ‘snap-shot’ into the world of a photographer, more specifically a cultural photographer fed by his focus, not on sensationalism; the all-too-often good, bad and ugly of photojournalism, but on the more subtle, humble, constructive and positive subject matter, that of people, their creativity and the tools that allow this, in other words Adam’s passion for photographing craftspeople at their crafts. 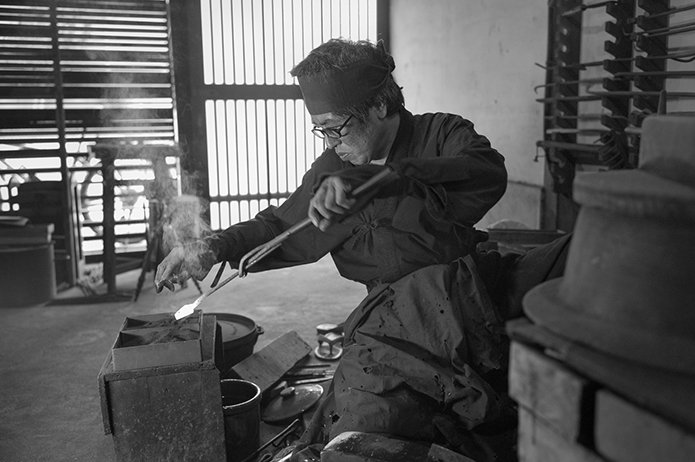 Firstly, for those readers who aren’t familiar with Adam Marelli, can you explain what you do?

I’m an artist and cultural photographer. My degree is sculpture and photography. After University I worked in high-end residential construction, apprenticing under a master builder, whilst still maintaining my interest in sculpture, painting, drawing and photography. Art eventually became my full-time occupation after establishing my own studio. 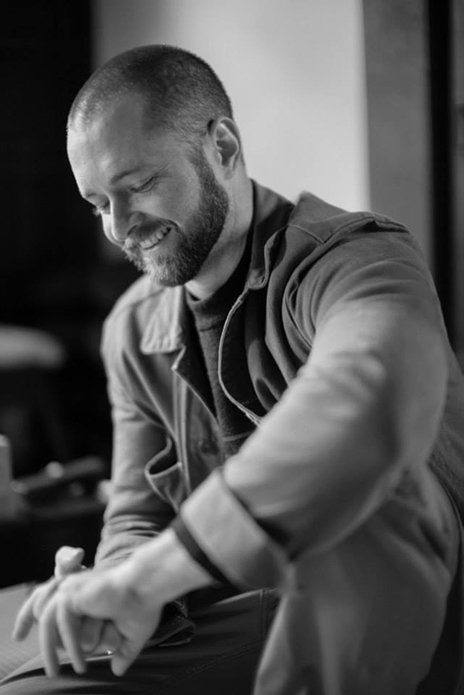 You have quite a diverse background with a number of interests. At what point did you know that photography was something you wanted to specialize in?

I didn’t really take photography that seriously when I was young. I thought that a camera was a device used solely by parents to annoy their children. I grew to hate having my picture taken back then! Around the age of eleven, I started taking painting lessons, and I learned to embrace photography as a note-taking tool for sculpture – a photograph being an instant drawing – which is particularly useful whilst on the move. My interests were mainly architecture and landscape. 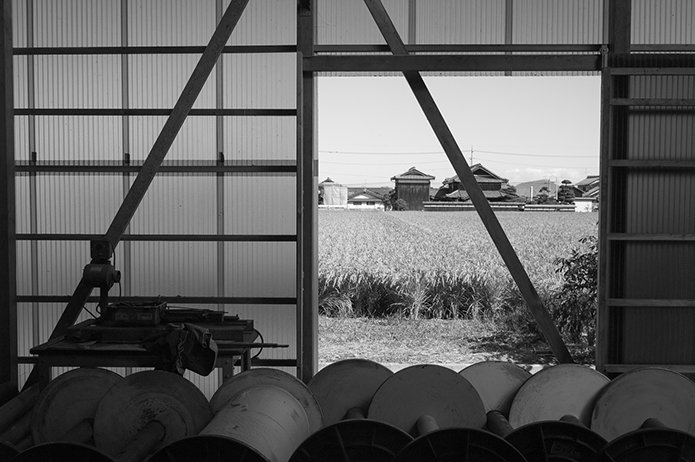 Over time I noticed within the photograph architecture fell into the background and the people became more important. This was the point that I realized photography made sense on its own. 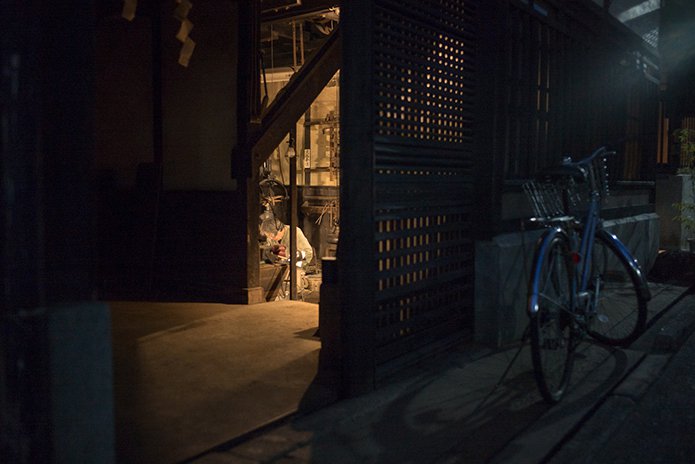 One of the basic questions I have as an artist is what medium matches the idea… I’ve seen a number of artists at University struggling with complexities over the medium they are working with, whether photographers dealing with painterly problems, or painters dealing with sculptural problems, and there seemed to be a disconnect between what they were working on and the medium. I therefore set out to become professionally capable in several mediums so I wasn’t limited. 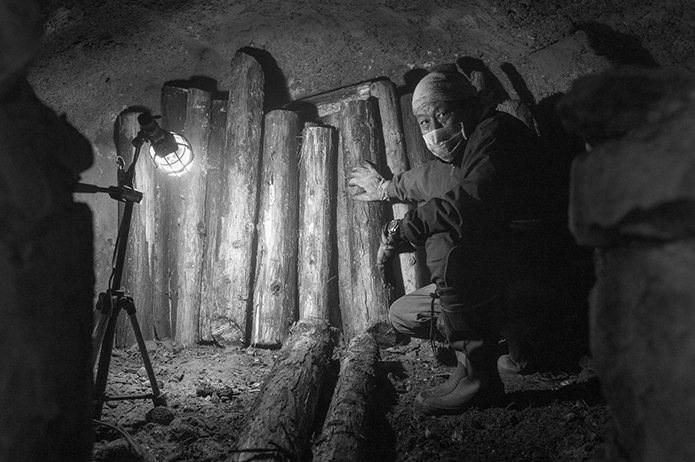 There is an emphasis on makers and craftsmen in your photographic explorations, whereby you are telling a story of their craft and life in a visual form. Why are you attracted to this subject area and what is it you are trying to achieve?

Photojournalism was never an interest. It depends too much on the now, rather than the eternal. The subject matter is often dependent on sensationalism (sex and violence.) I’m interested in “The things people do well.” It is easy to photograph humanity screwing up. We do it endlessly and with tremendous variety.

But to do something lasting, that has a positive impact on culture, now that is a real challenge and one of the reasons I sought out craftsmen. 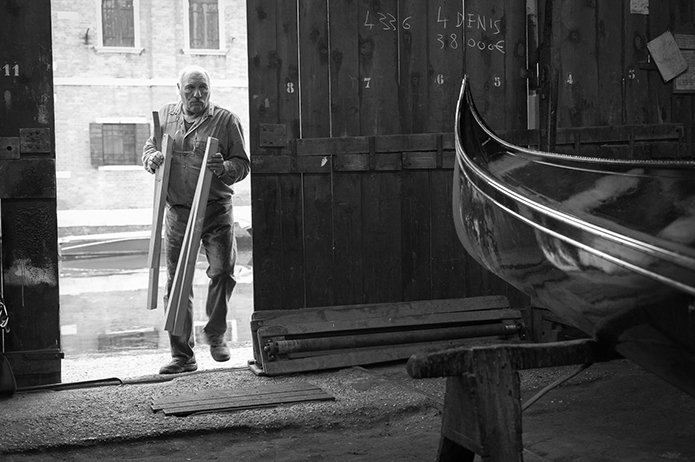 The oldest records of civilization are tools. Tools built by people, who made things. And over centuries, it’s not even the things that last, but the tools and the drive to create. It’s a very basic human inclination. 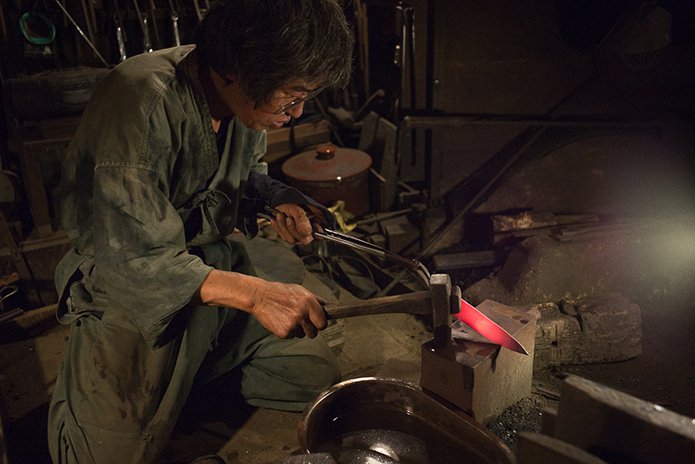 As well as your obvious earlier influences, are there any other individuals or sources of inspiration that have influenced your style of photography?

The first photography to capture my attention was underwater photography. It allowed us to see something we had not seen before or at least I had never seen before. And painting from life, while underwater had its obvious limitations.

In terms of people, I would say Henri Cartier-Bresson. He bridged art and photography in a way that has still not been properly written about. And he was a good observer; for instance, when photographing the French artist Henri Matisse, Cartier-Bresson visited him for four years before taking a single photograph, which is remarkable.

He used to quote the artist Rodin and say, “What is made with time, time respects.” 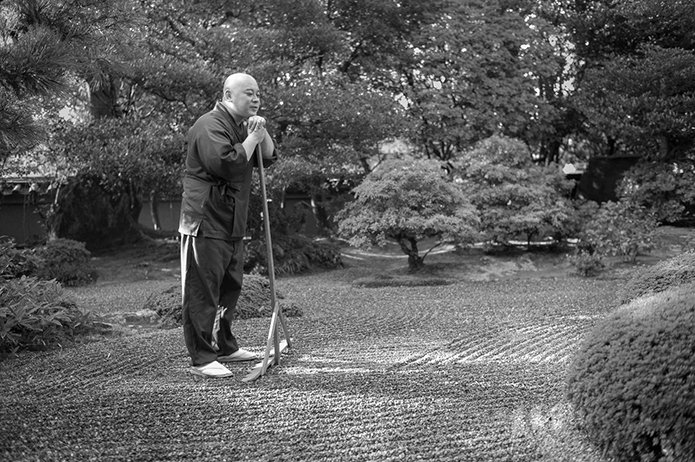 Do you feel to achieve consistently good photographs you need to be born with natural skills and talent, as with any other art form, or can these skills be learned?

It is a popular question because the debate is endless. The division seems more like this. Genius, curiosity, and passion cannot be taught, only encouraged. That last 1% or 2% that separates the highly trained from genius is not teachable.

But the other 98% can be taught. You can learn to draw, paint, play the piano, write a novel etc.

You can teach art as well as you can teach science. But can any school claim they are responsible for Einstein? Certainly not. Nor can any school lay claim to Da Vinci. Genius and its inner workings are elusive. But competence can be taught. 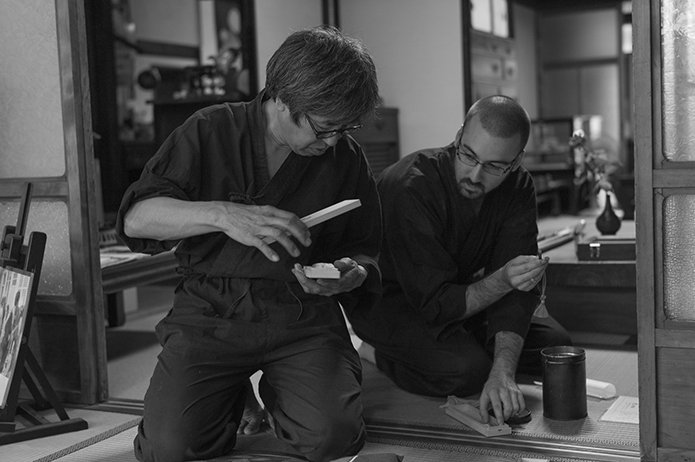 It comes across in your photography that you have a real eye for detail. Does this come naturally to you, I mean have you always been an observant person, or have you had to teach yourself to search for the finer details within a frame?

I think I’ve always been a curious person. Teachers would complain that I asked too many questions. I never took anything at face value.

If you start looking for how things are created, you can become very perceptive and that sensitivity builds over time. 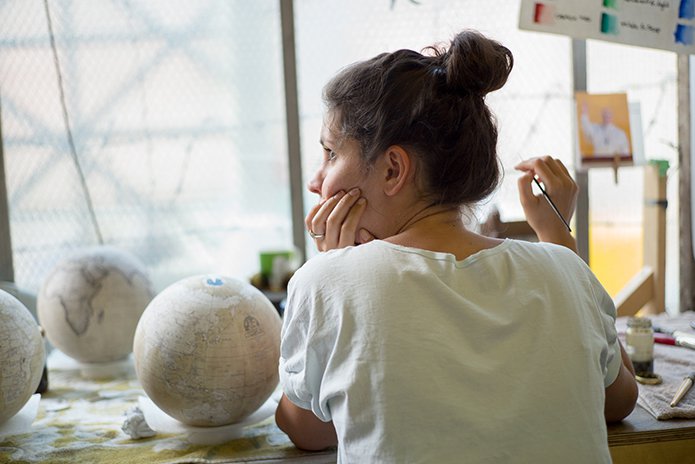 As an example, when I’m in Japan, I don’t speak the language. But there is a lot you can learn just by watching. And the Japanese really appreciate visitors who sit back and observe. It is very much in line with their apprenticeship tradition where questions are discouraged. The learning happens by watching. 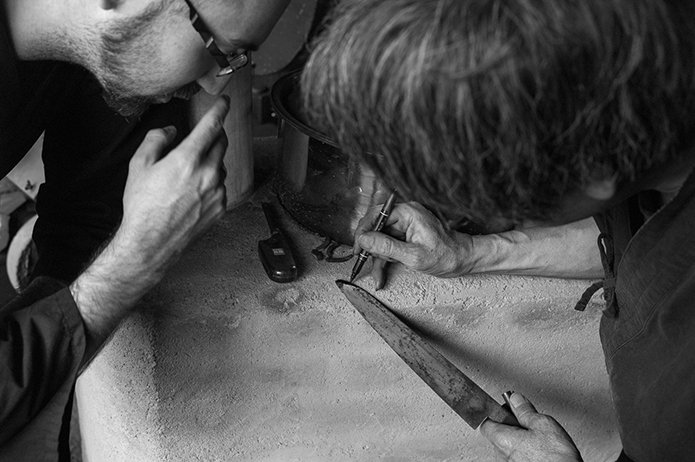 There is a real internal logic to their design; if you look at what they’re making long enough, it doesn’t need explaining and it just comes together, which is brilliant to witness.

No one becomes a fine observer of things overnight. 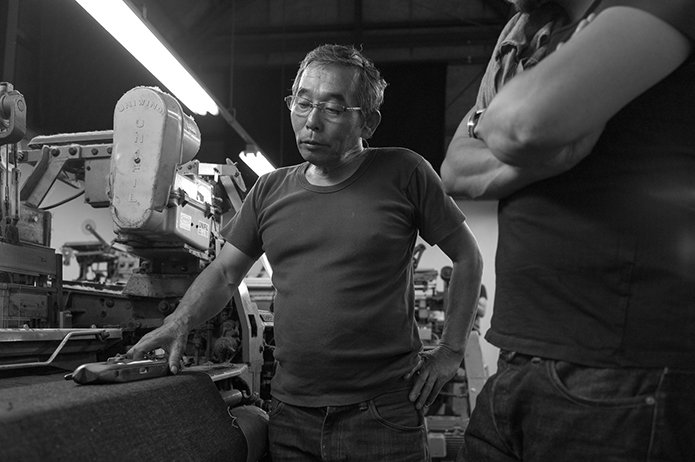 By way of advice for someone interested in a career in photography, can you provide any tips on how to differentiate yourself and get yourself noticed and published?

In terms of differentiating oneself in photography, my advice would be to get good at something specific.

The work that I do is the result of my work in industry, and I certainly didn’t come out of University at the age of 21 and light up the world as a photographer. The one’s who do are usually one-trick ponies and tend to burn out or just run on repeat churning out the same gimmick over-and-over again.

Use that experience to develop a unique view. If you have a genuine interest in motor racing, learn to race. You’ll take better photographs as an insider. 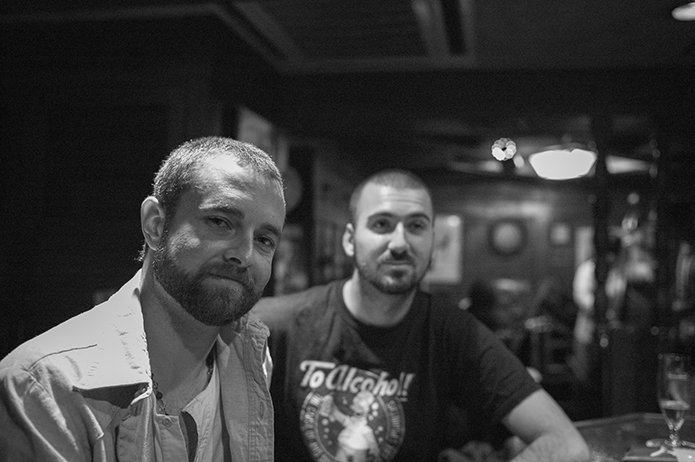 Having an insight into the subject matter will certainly help in the commercial world and getting work published, as galleries and publishers aren’t interested in solely theoretical experience gained at University. 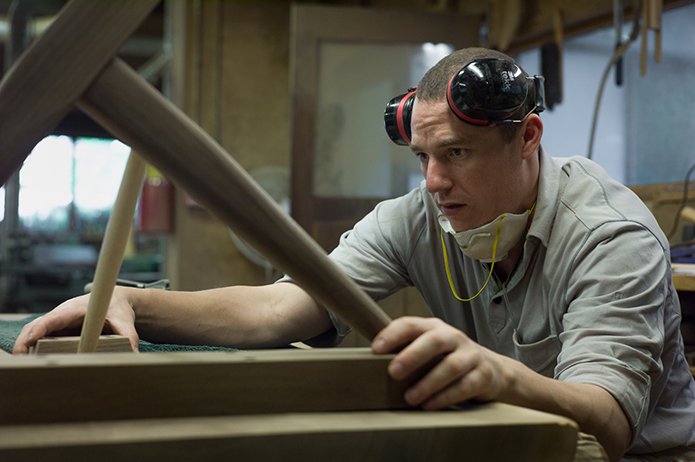 What future plans do you have – any upcoming projects of note or ideas that you are considering?

There are a number of upcoming projects; I have a monograph coffee table book called ‘Lost Ceremony’, which explores the uncertain future of ancient Japanese crafts and traditions. I’m working on a project with the Italian city of Matera and UNESCO to promote the city in light of it being awarded the status of European Cultural Capital in 2019. 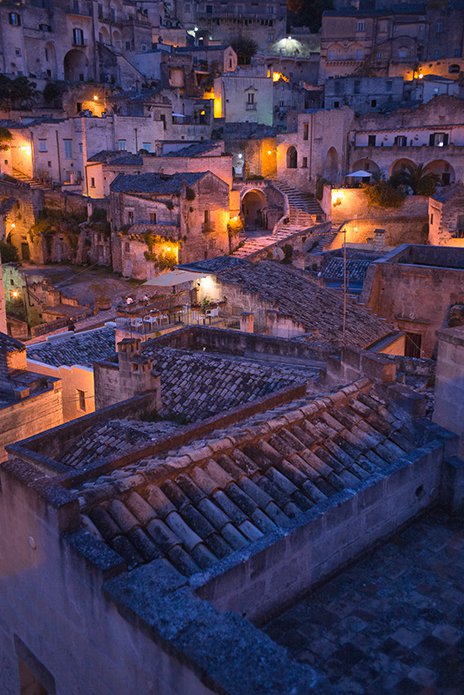 I have an upcoming camera bag collaboration with Chapman Bags, which will be a product offering specially designed bag for photographers. As well as that, I’ve got a new website coming out and in the studio there is a drawing project that is already underway. I’m really enjoying how 2016 is shaping up.

Thanks to Adam for taking time out of his busy schedule to answer our questions. All images © Adam Marelli unless otherwise stated.

How to make a Sussex Trug Bold as brass: Skultuna – the ultimate contemporary classic